If you want to get your fill of FPS gameplay while on a mobile device Modern Combat 2: Black Pegasus is one of your best options available for both iOS and Android. 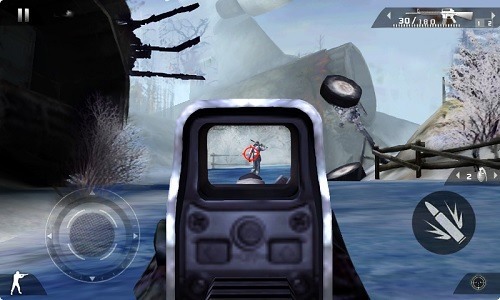 The game belongs to the popular series of Modern Combat games being pushed out by Gameloft which definitely draw inspiration from the Call of Duty series with very enjoyable single player campaigns combined with a strong multiplayer scene.

The plot is Modern Combat 2 is a simple one but gives players enough of a structure to the game world to keep you pushing forward. The plot will take players to a variety of different locations and involves the usual culprits from the military to terrorists and of course some hostages thrown in for good measure. This will have you adventuring over a number of different environments from outdoor areas to buildings and city streets.

As FPS fans would know it’s generally not the story that is a selling point and rather the solid FPS mechanics. In the case of Modern Combat 2 this is also definitely the case with an impressive first person shooter experience, one of the few on the iOS and Android platforms.

You have an entire arsenal of options available to you to dispatch the near endless stream of enemies including grenades, iron sights, 16 different weapons and the ability to crouch behind cover. All of the controls for the game are completely customisable so you can use a setup in Modern Combat that suits your needs. Gameplay also incorporates a few quick time events into the single player experience. 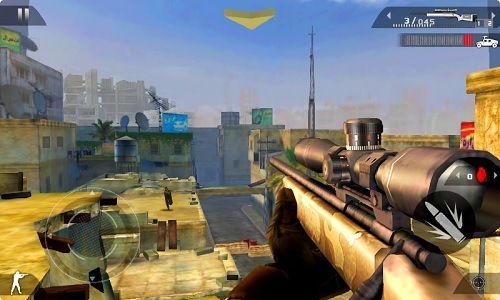 Once you’ve had enough of what single player has to offer players can jump into the multiplayer which supports up to 10 players at a single time and includes all the standard game modes with capture the flag, team death match, demolition and a free for all death match. Multiplayer even uses a ranking system for players to compete against others and unlock extra character bonuses.

The Modern Combat series is without question the best FPS around for iOS and Android and well worth the price for FPS fans.

This review was first published on January 13, 2014. Read our update policy to learn more.

Games Finder is a Steam Curator and featured in the aggregate review scores data of MobyGames and Neoseeker.
FEATURED ON
Games Like Call of Duty, Games Like Combat Arms, Games Like Counter Strike
LEAVE A REPLY Cancel Reply