Never Alone (Kisima Ingitchuna) takes an interesting idea and turns it into an even more interesting experience. With a strong atmosphere blending with puzzle and platform mechanics Never Alone tells an insightful story of Alaska Natives. 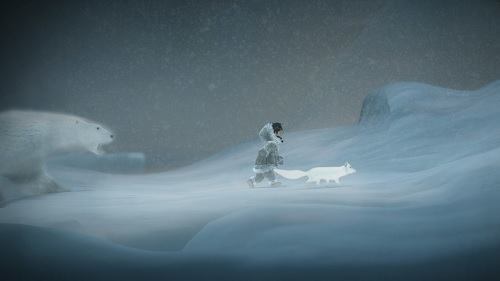 During the adventure you play as a young Inupiat girl (Nuna) and an artic fox as they assist each other to make their way through the harsh artic environment to find the source of the eternal blizzard. This journey will take you across the frozen tundra, into polar bear dens, underwater caverns and many more atmospheric locations.

As your adventure progresses players will learn more about Alaska Natives through the in game storytelling and extra video insights which feature elders, storytellers and other members of the Alaska community. These are a nice bonus but you can’t help but think that having them introduced outside the core gameplay does mean they are a little disconnected from the whole experience.

In terms of actual gameplay the platforming elements of Never Alone are fairly standard. Players can switch control between Nuna and the fox who each have their own platforming abilities. Nuna’s abilities include a bola that can destroy objects, the ability to climb ladders and move environmental obstacles. While your fox companion can sneak into small areas, scramble up the walls, jump to higher platforms and uncover spirits which can provide additional platforms. 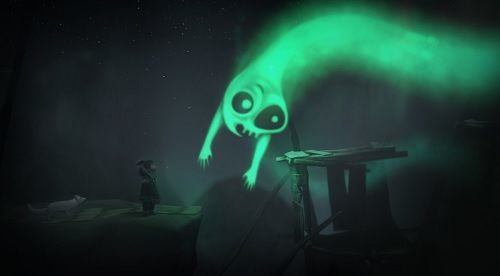 While players can switch between characters as they wish Never Alone excels in the co-operative environment where you can have both characters moving at the same time (without relying on the AI to control the other party). While the AI does a reasonable job there are some moments that it can be frustrating which does tarnish the experience.

Ultimately Never Alone is a game with a striking visual style that explores culture in an interesting way. You’ll be blown away by the atmosphere that the game creates while also getting educated on a culture you most likely didn’t even know existed.