Okami is a critically acclaimed Zelda like experience where the player controls a wolf goddess. The game has a very beautiful presentation and feel to its game world that is definitely a unique offering. 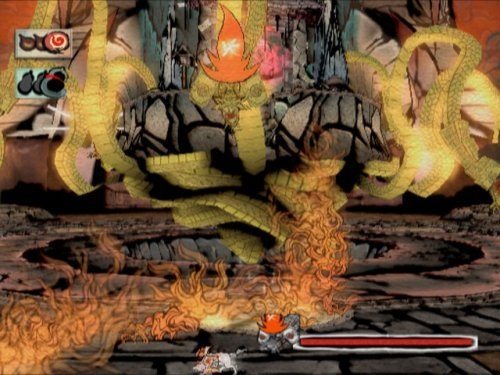 Okami was originally released on PlayStation 2 and eventually made its way to the Nintendo Wii with a high definition port making the game available across the range of modern platforms.

The setting for the game draws heavily from Japanese folklore tales. Players will take control of Amaterasu, a wolf-goddess who has to remove the curse that has returned to the land after a century. This evil curse is fronted by the eight headed demon Orochi, which makes for an amazing final boss battle. On the surface it’s easy to write the story off as a standard affair but it’s polished nature and unique setting do make it stand out against other games.

In terms of gameplay Okami delivers an experience very similar to that of the Zelda franchise with a mixture of puzzle, platforming and action battles. The game world is also what you would expect to see in a Zelda game with a linear main storyline but a great amount of depth in side quest content for players to explore. Fans of the Zelda series will also recognise the mixture of overworld and dungeons approach although Okami is a much more seamless experience in this regard.

Combat is a fast paced affair and will have players moving around the battlefield at great speed (which you would expect given the main character). Okami features multiple ways to battle with rewards for fighting allowing you to further customise Amaterasu with weapons, items, tools and healing potions. 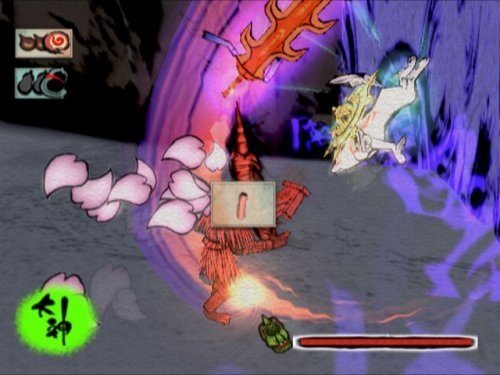 The real gem of Okami though is the Celestial Brush which players can access while the game is paused. The brush allows you to paint objects into the game world and can be a helpful tool in combat and puzzles. Players can create a bomb in battle, chop down the environment, create fire, paint new platforms for them to jump on and much more. These Celestial Brush abilities are slowly unlocked through the game allowing strategies to develop and allowing access to previously inaccessible levels.

Okami is a title that Zelda fans simply cannot afford to miss out on.

Games Finder is a Steam Curator and featured in the aggregate review scores data of MobyGames and Neoseeker.
FEATURED ON
Games Like Kingdom Hearts, Games Like Shadow of the Colossus, Games Like WolfQuest, Games Like Zelda, Games Like Zenonia
3 COMMENTS
LEAVE A REPLY Cancel Reply