Okamiden is based within the Okami game universe and plays out like a sequel to the popular game (although not a direct sequel). This time around players will get to experience similar gameplay on their Nintendo DS. 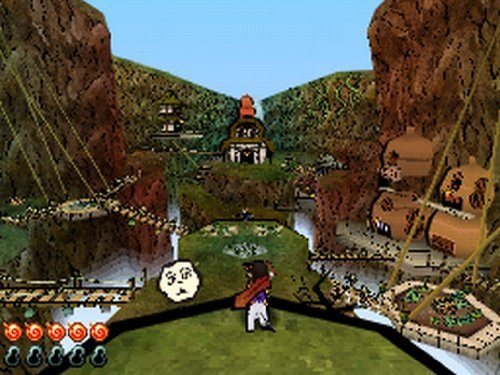 The game follows the adventure of Chibiterasu who is a smaller wolf than Amaterasu who starred in the original game. The core gameplay element of the Celestial Brush makes a return with plenty of old and new drawings for the player to use (and as you would expect this system works wonderfully with the DS stylus).

Okamiden is set less than a year after the events of Okami and despite the best efforts of Amaterasu, evil did not stay locked away from the world for long. Many of the original characters return for an appearance in Okamiden but are introduced in a way that the game doesn’t require you to play Okami first for the full experience.

Gameplay follows the original formula of Okami fairly closely with players exploring a large open world with various dungeons scattered throughout. Players will meet plenty of characters to help them on their journey through a new feature that allows Chibiterasu to team up with various characters which may hold the key to solving some of the games puzzles. 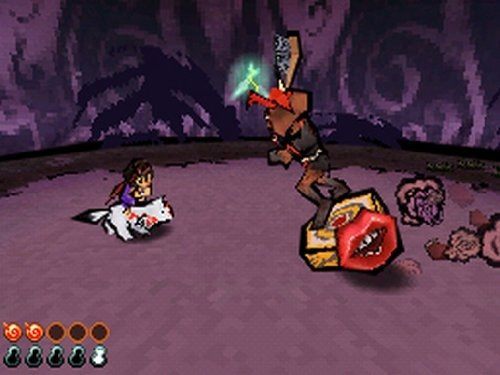 Combat is still fast paced although the Nintendo DS version seems to have more emphasis on brush techniques than the original (most likely due to the hardware that the DS offers). Just like the original when players access the brush screen the game will be paused, giving the player time to draw the shape they need for a desired effect.

Okamiden captures the same amazing vibe as the original and perfectly balances its gameplay for new players and old players so everybody can enjoy this Nintendo DS experience.

Games Finder is a Steam Curator and featured in the aggregate review scores data of MobyGames and Neoseeker.
FEATURED ON
Games Like Kingdom Hearts, Games Like Shadow of the Colossus, Games Like WolfQuest, Games Like Zelda, Games Like Zenonia
2 COMMENTS
LEAVE A REPLY Cancel Reply