Borrowing from the Pokemon Go formula heavily is Pixelmon GO a more pixelated take on the monster capture within the real world formula. While the copying of game elements is obvious Pixelmon GO has a few redeeming features that make it a decent alternative to the original in certain situations. 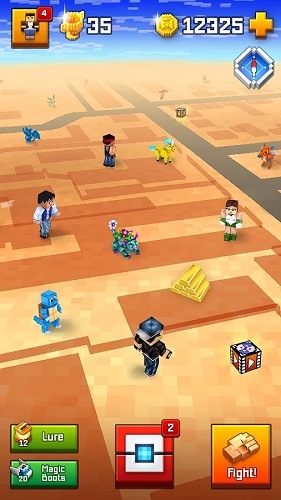 Starting out your journey in Pixelmon GO sees you naming your character, navigating the map, capturing a monster and battling another player. This map is your first taste of the similarity you’ll get with instantly recognisable elements. The comparisons don’t stop there though with a capturing mechanic in line with Pokemon Go that sees you throwing Pixelcubes at monsters in order to catch them, complete with a shrinking circle and magical apple bait to increase your catch chance.

The animations for capturing are painfully limited but it does have the core features there and still has that sense of hope as you wait to see if the monster has broken free from its cube prison. In total (as at December 2016) you’ll have 60 Pixelmons to explore your area for. Duplicates aren’t completely useless though as Pixelmon GO has a simple to use training mechanic that lets you quickly combine duplicates together with some Pixeldust for higher monster battle power ratings.

These ratings play an important role in the multiplayer battles of the game. Said battles can take place anywhere through a simple fight button that will search for an opponent, with an opponent found you’ll choose 3 of your strongest for battle which is automatically completed behind the scenes. Factors such as type (fire, water or grass) also play a role with rewards and a trophy system letting you keep track of your progress.

Outside of the blatant copying the biggest issue you’ll run into is map loading issues where the map simply won’t load, although this seems to be easily countered by clearing the game cache from within the settings menu (top left corner after pressing on the Pixelcube in the centre of your screen).

Of course the reasons why you’d want to play Pixelmon GO over Pokemon GO are limited but there are some situations where it may prove to be the better option. For example Pixelmon GO has a magical boot item that lets you navigate the world without physically moving, helpful if you have limited mobility. Given that each of these lasts 3 minutes and you can buy 350 for 200 game coins ($1.20 in-app purchase) it’s a very real possibility and most likely planned for by the developer. 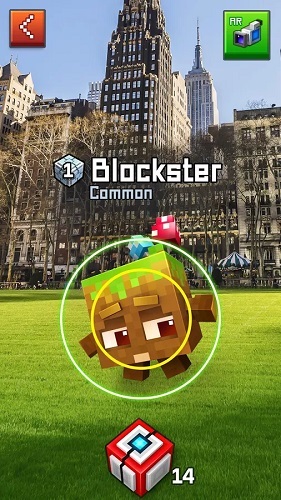 The second possible reason is the rural players who lack Pokemon spawn variety or simply spawns at all. Pixelmon Go does away with this potentially annoying element by spawning a huge number of Pixelmon wherever you are.

If either of the above situations apply you you’ll find Pixelmon Go capable of providing a decent alternative. Although if nothing is stopping you from playing the real Pokemon GO there is little reason to play.

This review was first published on December 11, 2016. Read our update policy to learn more.