Railroad Tycoon II is the second game in the series and builds on the gameplay of the original game with plenty of new improvements and graphical enhancements. A single expansion pack was released for the game along with a Platinum edition that bundled community made maps into the core game. 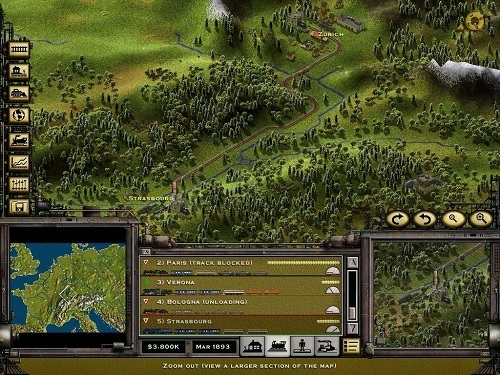 The game allows you tackle gameplay through the campaign missions or single scenarios so there are no shortage of challenges awaiting players in this second game. The campaign missions are connected scenarios that take the player across the world building railroads through time. Each mission has several difficulty options and multiple objectives for players to attempt making it one of those games you’ll have to play more than once to accomplish everything.

Alternatively players can load up single scenarios which are similar to the campaign but are often more scripted and setup. These scenarios are also available for sandbox play should the player more want more freedom. If you want even more freedom you have the opportunity to create your own levels with the map editor or download creations from other players which provides near endless replay potential.

The core gameplay in Railroad Tycoon II is similar to its predecessor, with you in control of the track laying, stations and trains that make the railroad network possible. Ultimately you want to make as much profit as possible but the game has few curve balls up its sleeves with rival train companies, breakdowns, robberies and swings in the economic environment keeping you on your toes. 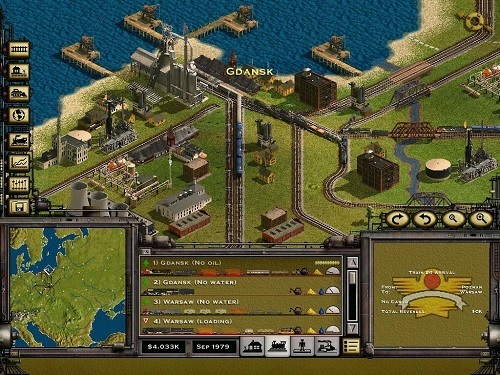 Maximising profit requires careful management of the finances with revenue coming from both the people and cargo that you transport. Transport in particular is quite deep with market demand changing constantly and the ability to turn raw materials into more advance ones. On the expense side of your statement you’ll have to pay close attention to train maintenance and fuel costs.

Railroad Tycoon II is definitely a must play for tycoon fans and will push you to the limits in the harder difficulties if you want a real challenge.