10000000 (Ten Million) is one of the few games on the gaming market that combines puzzle and role playing elements together and in turn creates an experience with simple core gameplay but ample depth to be explored. Originally released on the iOS platform as a mobile title the game was ported to Android and the Steam platform. 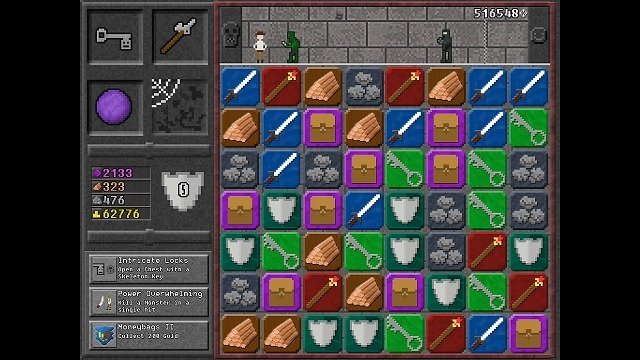 Your goal in 10000000 (which is kind of implied in the name) is to amass a score of 10 million points in a single dungeon run to secure your freedom from the locked castle that you find yourself trapped in alongside monsters. In order to achieve this you’ll have to fight your way through these monsters in a side scrolling dungeon that requires careful use of attack combos and items which are all activated through the matching of game tiles.

Unlike other match three puzzle games in the genre this matching mechanic operates on a sliding system rather than the traditional swap mechanic of the genre. With a different matching mechanic, randomisation, unique setting and the continuous RPG progress 10000000 stands apart from the usual copycats of the genre and is more geared towards intermediate or advanced puzzle gamers wanting a deep match three adventure. 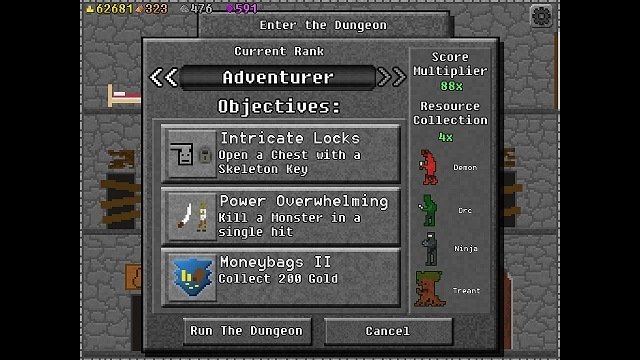 You’ll start your adventure to 10000000 as an unknown man who finds himself trapped in a castle dungeon with your only door to freedom only unlocking if you can farm 10000000 points from the dungeon creatures. While you can enter a dungeon run in an attempt to reach 10 million points the player also has access to other rooms where they can upgrade their character to help them get further and further in each dungeon attempt. These upgrades cover things like equipment, skills, multipliers and potion bonuses which all help you go further into the dungeon each time and in turn bring you closer to your 10000000 goal.

Upgrades aren’t free though and require resources (gold, wood, rock and experience) which are gained through running the dungeon. Death can come in various forms but usually occurs if players are unable to open a locked door (by matching 3 key tiles) or take significant damage from an enemy which usually is a result of not matching attack or spell tiles fast enough or simply lacking the appropriate upgrades to survive the higher level creatures. These deaths are not all bad though and in a roguelite fashion return you to the dungeon rooms to upgrade your equipment for the next run which is an endless cycle until you reach that magical eight digit number. 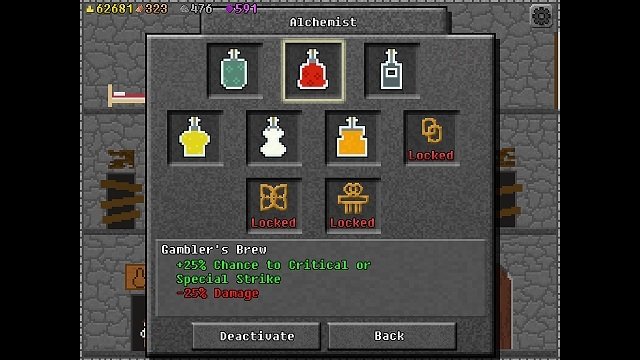 These dungeon runs themselves see your adventurer travelling across the top of the screen while the bottom half is dedicated to the game puzzle board where tile matching takes place. With your adventurer travelling left to right they’ll encounter locked doors, chests and enemies that require their own specific matches to overcome. Match three key tiles and you’ll earn a key, three sword or spell tiles to perform an attack on an enemy in front of you or three shields to boost your armour against an enemy attack. Matching 4 or more tiles is also possible and gives a significant boost to the resulting action. Items can also be found as you progress and have various uses that can save you in a pinch.