3079 is a unique and challenging game that blends a number of genres together to create a sci-fi action role playing meets first person shooter experience. 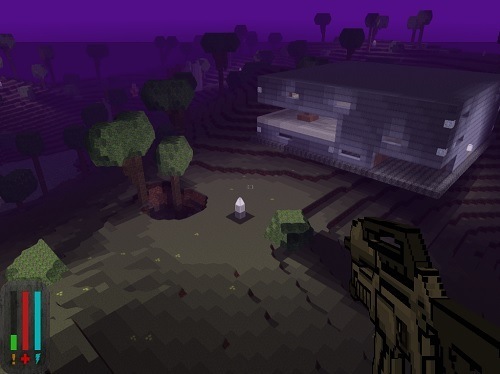 On the one hand you’ve got random generation and a voxel game world that feels like Minecraft but then you’ve got role playing and shooter elements that are more aligned with what the Borderlands or Fallout series has to offer. On paper it’s a weird mix of mechanics and settings but it all feels perfectly blended once you start your own 3079 adventure.

This adventure has you landing on a planet that is gripped by war between the Humoids and Neanders. A third faction is also present known as the Demons who are the most aggressive of the factions and have no interest in communication. Players will originally fall into Humoids territory and start their adventure as an ally to them, you do have the option to turn on them and side with the Neanders though.

Everything around you in this adventure is randomly generated including the buildings, terrain, enemies and even quests. This ensures that no two games in 3079 are the same and thus offers plenty of replay potential for you and your friends.

To protect yourself in 3079 you’ll find no shortage of weapons, items and even ships. You’ll start with some very simple guns and armour but your arsenal will quickly advance to more powerful weapons with plenty of variety. While many of these will come from quests or purchased through the stores there is plenty of opportunity to find these out and about in the game world. 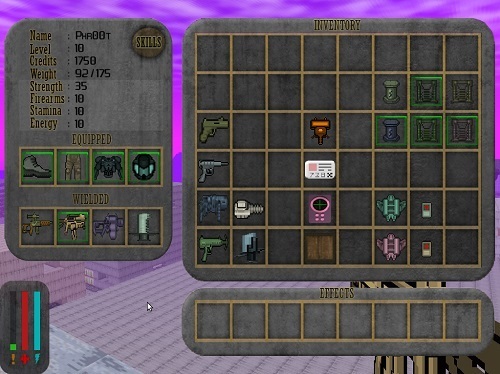 Beyond choosing your items you’ll also find plenty of depth in the skill system of 3079 which lets you customise your character to fit into your preferred style of play.

While 3079 is a great solo experience it really thrives with friends and helps remove some of the early difficultly which might turn some interested parties away.