Adding to the 7 Wonders franchise is 7 Wonders: Ancient Alien Makeover a game all about creating amazing wonders with new alien technology while retaining the core match three puzzle gameplay of the franchise. Just like the previous titles with similar mechanics and setting you’ll be challenged to match your way through building your own impressive landmarks on both PC and iOS devices. 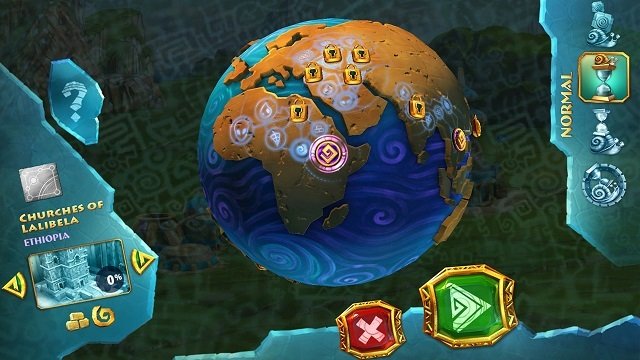 Marking the fifth title in the series of high value story driven match three titles players can expect a high quality and refined game experience on offer taking the best parts from previous 7 Wonders titles. For those familiar with the previous games your objective is mostly the same as you travel the world constructing some of the greatest wonders by completing colourful match three puzzles. New features though include the addition of Alien Energy and a side objective of creating your own custom village which adds something new for returning players and an additional objective to tick off.

For most of 7 Wonders: Ancient Alien Makeover though it will be the familiar formula of jumping from Earth location to Earth location to engage in puzzle matching goodness. In total you’ll have 56 different levels to master with each having four difficultly levels to suit a large player base with varying skill levels while also providing some replay value for those that want to start from the bottom and work their way up. 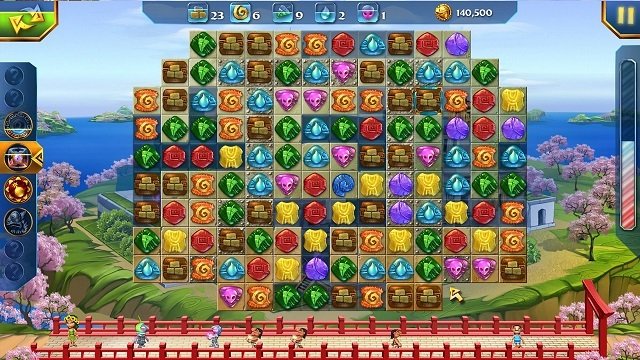 You’ve got the normal timed mode along with advanced and insane for an extra challenge that significantly change the rules of the level or limit your resources requiring near perfect matching. Alternatively, the lowest difficulty setting known as Zen mode removes time limits and lets you relax on the way to each building completion. These difficulties link in closely to the achievement system to help you keep track in the trophy room of your accomplishments. To assist in the more difficult challenges 7 Wonders: Ancient Alien Makeover includes a healthy dose of unique power ups that can clear an entire line of blocks, wipe out a specific colour, remove a single block, exchange two blocks or perform varying degrees and patterns of blasts.

Regardless of difficultly the objective is the same across these 56 levels with players having to collect the limited resources (water, bricks, gems, landscape and alien energy) from the game board by making matches of specific rune tiles. To make things more interesting you can also unlock some quick mini games by making specific colour matches on certain game board areas to earn decorative items for your village and clear the board quickly by making 4 and 5 rune matches in the same way as you would any other match three puzzle game. 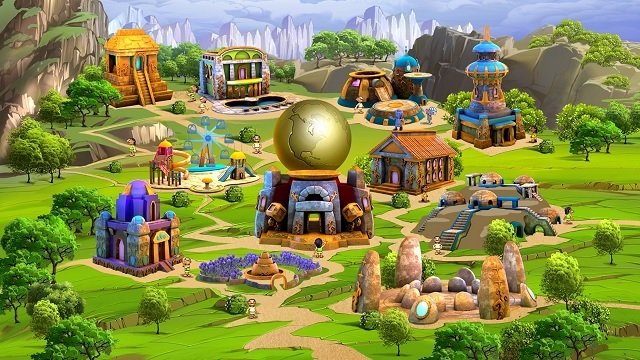 While 7 Wonders: Ancient Alien Makeover has many similarities to other titles in the genre the fantastic setting, diverse power up options and the ability to create your own custom village along the way make it stand out and ensures you’ll stay engaged throughout.

This review was first published on December 1, 2016. Read our update policy to learn more.

Games Finder is a Steam Curator and featured in the aggregate review scores data of MobyGames and Neoseeker.
FEATURED ON
Games Like Bejeweled, Games Like Candy Crush Saga, Games Like Gardenscapes
LEAVE A REPLY Cancel Reply