8BitMMO is a free to play game that connects you with players from around the world while you work together to build the world of 8BitMMO, one block at a time. The game is basically one huge construction sandbox that lets you run wild with other players. 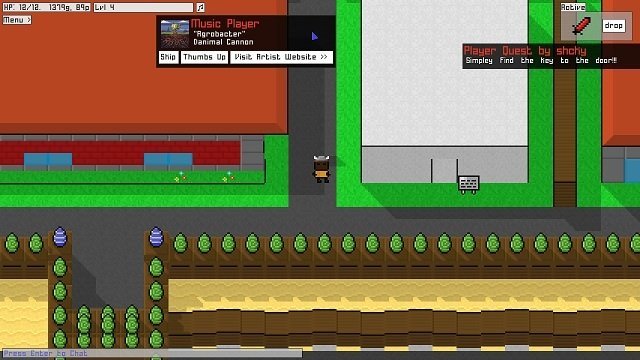 On top of the core sandbox gameplay players will also have a wealth of quests and combat to participate in while enjoying the humorous undertones of the game in general. Combat is a mixture of PvE (against lawyercats and hipsters) and PvP content to ensure all preferences are catered for. Overall the experience is similar in many ways to Haven and Hearth although less about survival and more catered towards a casual audience that simply wants a world full of building potential.

You’ll start your adventure in 8BitMMO as a new adventurer in this basic but almost retro game world. After going through the standard introductory missions that introduce the basics such as the WASD movement scheme you will be unleashed into the full world where the rest is up to you. 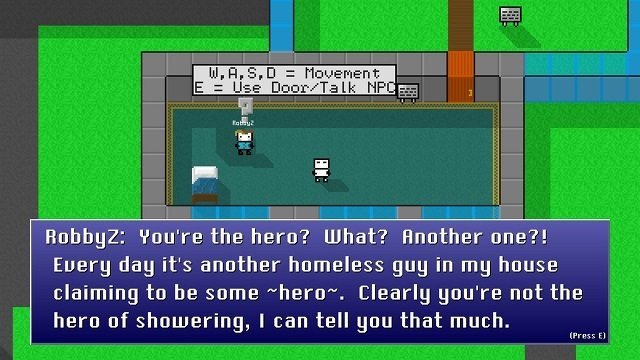 Do you want to claim your own piece of this persistent game world and build the ultimate castle? Quest and battle in PvE combat? Or challenge other players to PvP? You can do all those things and more in the 8BitMMO framework which is built with interactivity and customisation in mind but also with the right touch of control.

For example you might think that this building freedom would breed plenty of griefers but thankfully the anti-griefing systems have received a lot of attention to ensure you can log off and not fear for your creations in this ever changing game world. The total world space and sheer scale allow everyone to have their own protected piece of land and even includes a MegaMap interface to help you navigate the user created world. 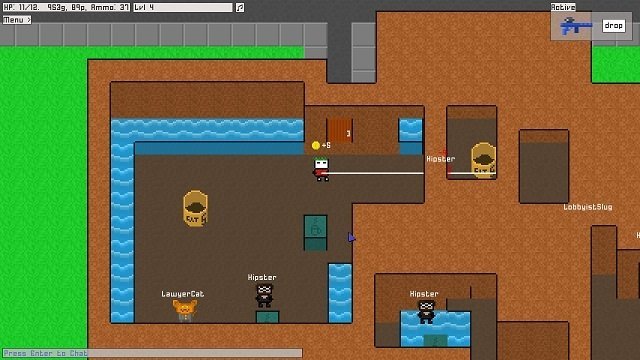 If you aren’t interested in jumping into the creative elements of the game and prefer an adventure then there are plenty of options to pursue that in 8BitMMO instead. While there are plenty of combat options down this path of adventure there is also plenty of room to simply engage in exploration. Exploration is where 8BitMMO really shines in my opinion where you’ll get to experience all sorts of fun creations that have been developed by the community and engage with the community of players.

To separate yourself from the other players and pay server costs 8BitMMO adopts a premium item system that grants cosmetic items (primarily hats) with no direct in game benefits. If building and developing is what you enjoy in a video game experience the free sandbox world of 8BitMMO will have you licking your lips with excitement as you claim your own permanent plot of land in the virtual world.