A Boy and His Blob for the Nintendo Wii revisits the 1989 NES adventure game with a refreshed look and refined gameplay which once again allows players to own a blob pet who loves to eat jellybeans. While fundamentally similar to the original the leap in hardware allows the Nintendo Wii edition to be a vastly superior re-imagining. Not content with limiting this experience to the Nintendo Wii the game was eventually ported to additional modern day consoles and computer platforms. 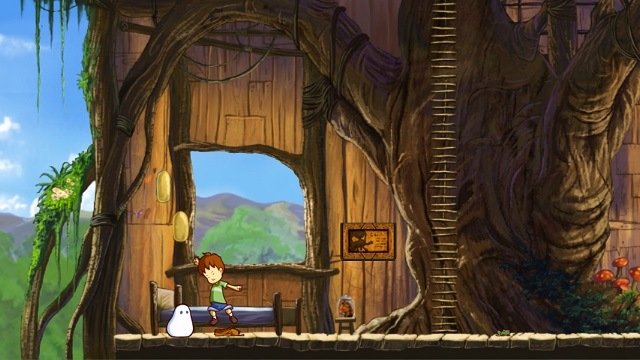 Focusing on a simple plot which sees your blob friend fleeing his home planet Blobolonia which has recently been taken over by an evil emperor players (a young boy) will partner up with this blob to adventure across Earth and eventually Blobolonia to fight against the minions of evil. While a simplistic story in design A Boy and His Blob is all about the relationship you build with your friend throughout the adventure.

Said adventure is primarily puzzle based with 2D platforming elements although beyond the surface offers an array of depth to its puzzles which are split across 80 game levels (40 standard and 40 bonus challenges). With these standard levels alone players can expect gameplay to reach the healthy double digits which is then multiplied by 2 when the bonus levels are included but can only be unlocked by collecting treasure chests within each of the standard levels and unlock additional developer material such as concept art. Further gameplay and challenge is provided through the 8 boss levels which appear for every 10 stages the player completes. 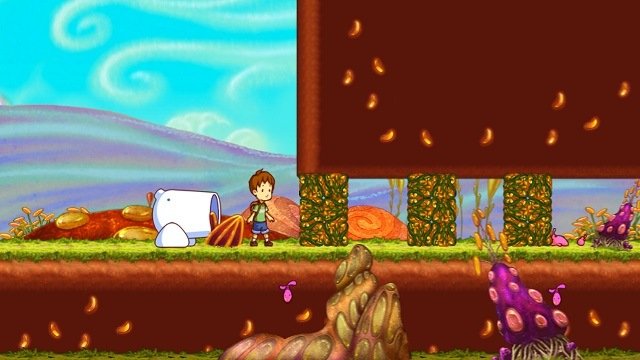 Regardless of level the core puzzle mechanic remains the same with requires players to feed their blob friend various jellybeans that in turn alter his shape and function. These jellybeans for example allow your blob to morph into a ladder, a heavy anvil, a trampoline, a parachute, a shield and so much more which need to be mixed and matched in the correct way to overcome puzzles.

With the wide array available these are slowly drip feed throughout the campaign which ensures a steady flow of new mechanics to utilise and master to keep A Boy and His Blob interesting from start to end. While there is no true end game screen players will need to restart a level if the boy touches an enemy, particular obstacles or falls from a great height. 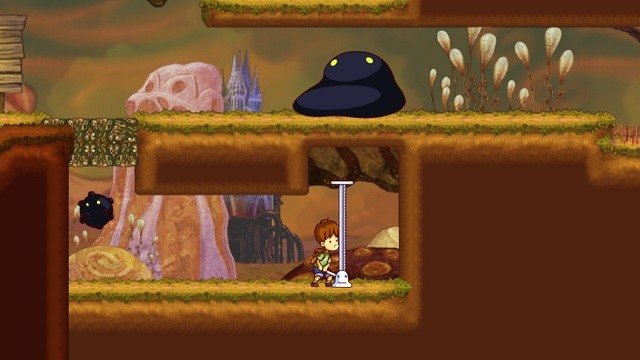 While jellybeans are unlimited players are restricted to certain types based on the level which requires some abstract thinking to overcome sometimes obvious deficiencies in your available jelly beans. Players can also make use of the hug button which serves no purpose other than to hug your blob (a great way to thank him for all of his hard work).

A Boy and His Blob