A Game of Dwarves puts you at the head of a dwarf settlement and gives you complete control of building a new and thriving civilisation. This civilisation of dwarves is highly customisable with the experience focusing on the dungeon simulation and creation elements rather than a robust and deep layer of strategic gameplay. While this means A Game of Dwarves can’t live up to the likes of Dwarf Fortress in terms of challenge it does provide the necessary tools and freedom to create a thriving dwarven underground home. 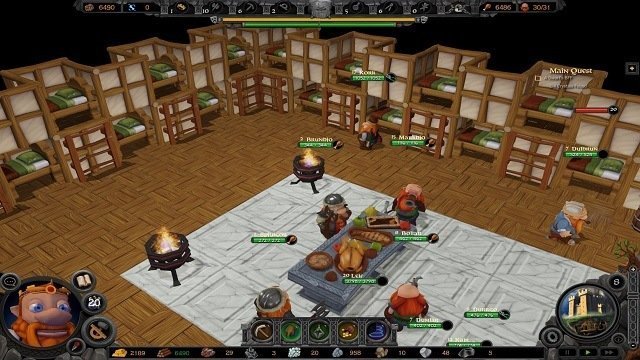 This home is set within your ancestral lands which was lost long ago but is currently being reclaimed by the dwarven prince for the future survival of the dwarven people. The result is a world that is not free from danger with dark and evil magic lying in wait beneath the surface. As you expand throughout the game levels a range of creatures and enemy types will appear hidden deep within the secret rooms and caverns lost for aeons.

In total there are just over a dozen levels which follow a similar flow and provide a story structure for players to progress through. While there is some enhancements made along the way through additional rooms and enemy types the core mechanics of Game of Dwarves remain relatively untouched from early to later levels although the aforementioned enhancements do slowly increase the difficultly of each campaign level. 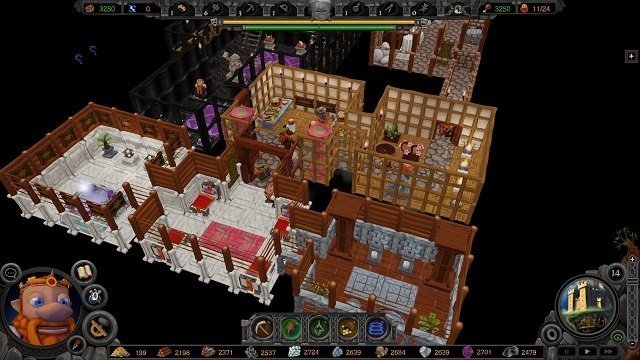 This core gameplay in A Game of Dwarves sees players taking complete control of their dwarven settlers who you’ll instruct to dig tunnels (both horizontally and vertically in the 3D levels), research new technologies, build rooms or train themselves into great warriors to protect the settlement when the time comes. With continued expansion comes heightened risk as new threats lurk at the lower levels but also house the required minerals for expansion.

As you would expect the further you dig downwards from your starting location the minerals become more precious and the enemies more ruthless so careful forethought into your pace of expansion and solidifying your new tunnels is important before further progressing. To enhance this effect and provide some level of replay value A Game of Dwarves  offers random map generation in both the short (13 level) campaign and the custom game modes where players can set their own difficulty along with other map settings. 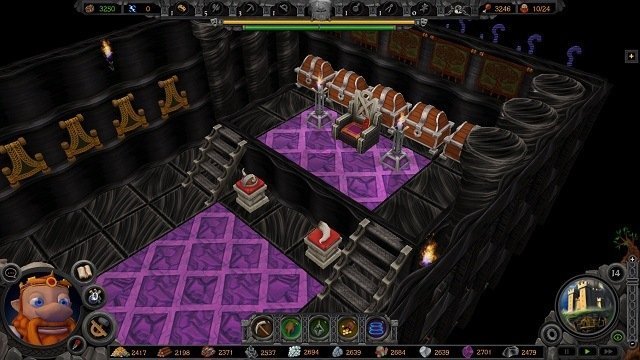 While A Game of Dwarves does bring you back to the management and dungeon exploration gameplay made popular by the original Dungeon Keeper game it does so in a slower paced simulation game rather than true management or strategy.

A Game of Dwarves