A Kingdom for Keflings is predominantly a city builder  with sandbox elements developed by Ninja Bee that was released on the Xbox 360 in 2008 with a PC  and Xbox One release several years later. The success of this experiment between two genres also led to a sequel which featured similar fundamentals albeit on a larger scale. 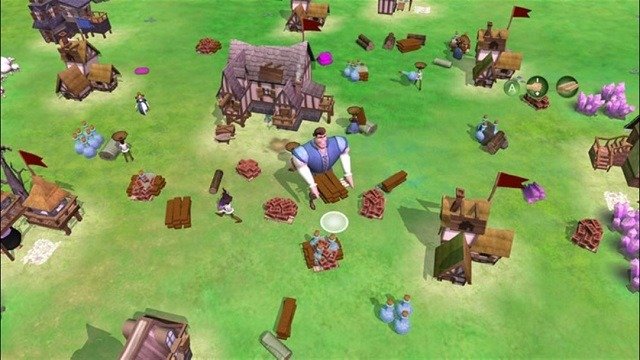 In A Kingdom for Keflings you’ll take control of a giant in the land of Keflings who has the ability to command and instruct them to build their society from a sky view. These Keflings are based on humans but are much smaller resembling gnomes or something similar to Hobbits from Lord of the Rings. While very capable in their own right these small human like Keflings need help to reach their full potential and with your high level view of the world you are in a perfect position to support them. The result is a mixture of city building, life simulation and most prominent sandbox progression similar to the popular Animal Crossing franchise.

Your task in a Kingdom for Keflings is to manage the Kefling kingdom and progress their society forward. Players are put in charge of managing resources, the happiness of their Keflings and buildings in the kingdom giving you a large amount of control over how your Keflings live out their lives and how the city takes shape. 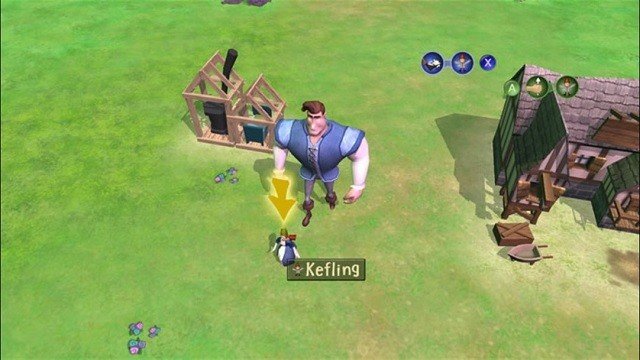 For further replay value you’ll be able to choose from one of four different characters to start the game with (each offering their own stats) or you can play as your own Xbox Live avatar that alters your early focus areas to benefit from stat differences.

The core objective of a Kingdom for Keflings though is the same which is to complete a castle and thus finding a King/Queen from the Keflings so that they can manage themselves into the future without your influence. Although once you’ve completed this goal the game doesn’t end allowing players to play on indefinitely in true sandbox fashion. Multiplayer is also available in the game allowing up to four players to take control of a single game world and manage it from start to kingdom end and beyond. 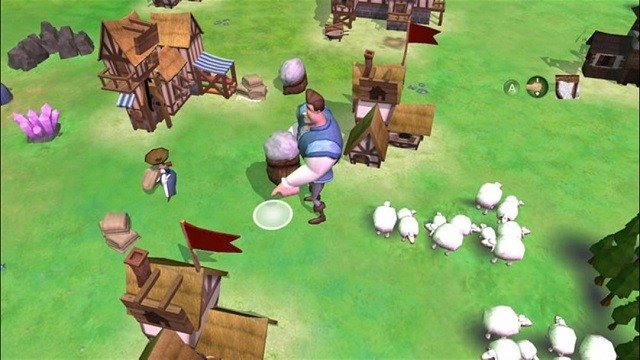 Further content is delivered through the two DLC releases for A Kingdom of Keflings (known as Kingdom Pack 1 and 2) which add additional kingdoms for the player develop each with their own unique setting and a few differences to make the adventure a new challenge overall. These additional kingdoms are also harder due to available resources and obstacles thus giving fans of the series a great step up in challenge.

This review was first published on March 19, 2014. Read our update policy to learn more.

Games Finder is a Steam Curator and featured in the aggregate review scores data of MobyGames and Neoseeker.
FEATURED ON
Games Like Animal Crossing
LEAVE A REPLY Cancel Reply

A Kingdom For Keflings