Ace of Spades combines FPS gameplay with Minecraft style building elements to create one of the few shooter games like Minecraft available. 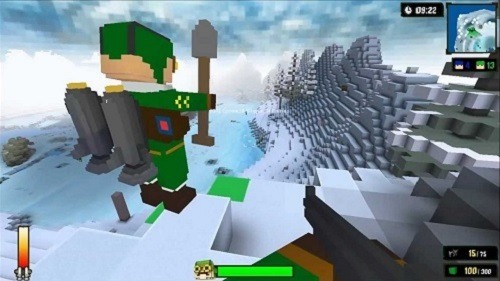 Ace of Spades went into beta in 2011 and in 2012 development was passed over to Jagex Game Studios. The game eventually made its way to Steam for a full release.

Players can take part in a number of game modes including capture the flag, team deathmatch, diamond mine and even a zombie mode. Players also have a number of class options available to them. Similar to Team Fortress 2 each of these classes has their own role to play in the team with strengths and weaknesses to match.

Players can choose from Commando (a soldier armed with a mini gun), Marksman (a long range sniper focused class), Rocketeer (armed with a deployable turret and jetpack) or the Miner (specialises in mining and also packs a shotgun).

Ace of Spades was originally free to play before being picked up by Jagex with many systems being overhauled in the final release. Players can still play the original Ace of Spades at buildandshoot.com if they wish to experience what the game was like originally. 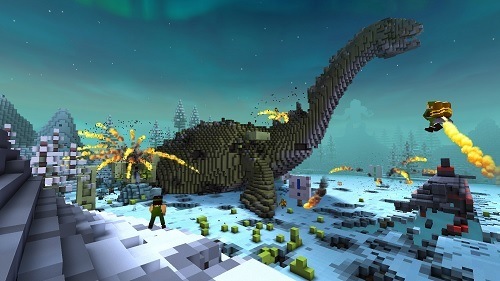 Ace of Spades met with poor reviews on release for a number of bugs and gameplay features but with a constant stream of updates from the developers the game is now a popular first person shooter that will definitely attract fans of Minecraft and other building focused games.

With the inclusion of a classic game mode In January 2013 there are now smaller maps for the action focused gamers and larger maps for players interested in the strategic building of fortresses and bunkers to complete objectives.

Games Finder is a Steam Curator and featured in the aggregate review scores data of MobyGames and Neoseeker.
FEATURED ON
Games Like Minecraft, Games Like Pixel Gun 3D
LEAVE A REPLY Cancel Reply