Zelda fans looking for a way to relive the classic games on their Android devices can now rejoice with Across Age which delivers an impressive classic Zelda like experience. The game also has an Across Age DX version available which bumps up the graphic quality significantly (designed for retina display devices).

The game world you’ll get to explore in Across Age has a similar feel to the many action role playing games of times long past (16-bit era). The game world feels like a blast from the past although the graphics are a much more colourful and crisp experience in comparison which really makes the game come to life in the palm of your hand.

In your Across Age adventure you’ll take on a good variety of enemies as you control one and sometimes two characters. One has mage like abilities while your other character is the standard sword swinging hero. Players have a decent amount of freedom to choose which one they would rather control during combat provided the puzzles they are currently facing aren’t character specific. 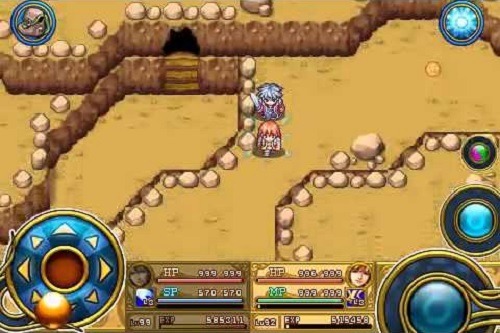 Outside of combat and puzzles players can also engage themselves in NPC conversations, riddles and even participate in some time travel. Of course during this journey you’ll be able to customise your characters equipment by finding new weapons, armours and accessories to provide much needed stat boosts. Levelling up will also boost your stats and eventually unlock a handful of skills to use.

There is no shortage of games on the respective app stores trying to capture a Zelda feel. More than a few of these have failed miserably but Across Age definitely isn’t one of them. The game will be best enjoyed if you are a fan of the more classic Zelda games.

Games Finder is a Steam Curator and featured in the aggregate review scores data of MobyGames and Neoseeker.
FEATURED ON
Games Like Zelda, Games Like Zenonia
LEAVE A REPLY Cancel Reply