Act of War: Direct Action is a real time strategy (RTS) that definitely pulls some inspiration from the likes of Command & Conquer with a modern day warfare setting that mixes in some futuristic elements. Featuring some unique mechanics to the genre raise the experience above others in the genre which continues in the expansion pack Act of War: High Treason (available together with the base game as Act of War: Gold Edition). 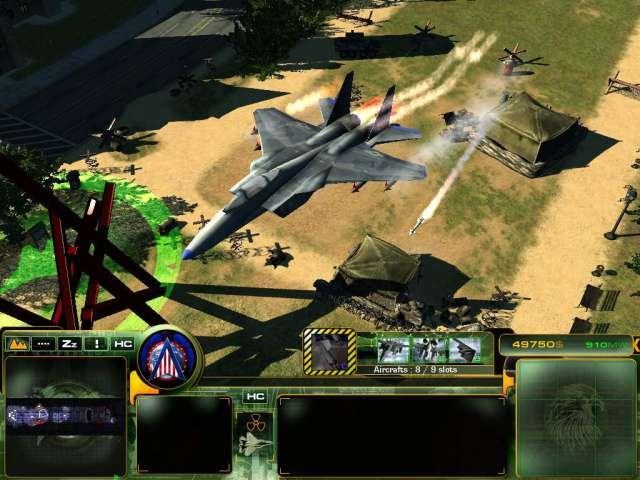 Set during an economic crisis in the near future Act of War explores the outcomes of rising gas prices and the impact of this on a global scale which ultimately is a third world war fought between superpowers and terrorist groups. Focusing primarily on the struggles of the US military, a secret US force and these groups of terrorists you’ll fight a range of battles across the story missions.

Sprinkled in between the real time action gameplay Act of War also leverages on live action cutscenes to create additional context to your battles. While good intentions some of these can be hit or miss for production values and almost has the reverse effect of cheapening the otherwise fantastic strategy gameplay. 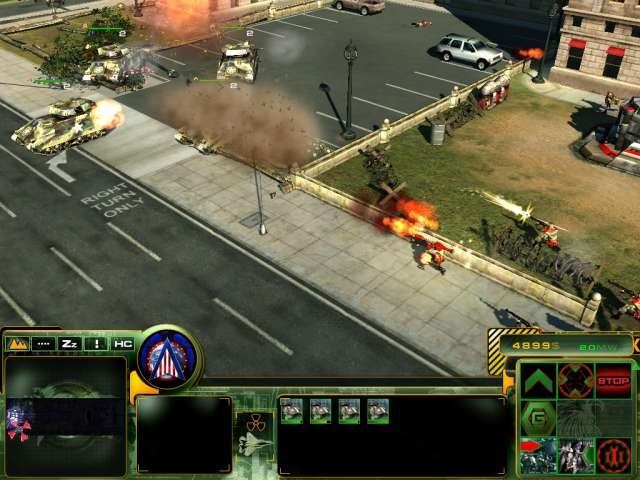 With this US based focus your time in the story is spent moving between a number of major US cities which are designed to be as realistic as practical to their real world counterparts. Because you’re battling across city streets the game has a number of unique mechanics that leverage the city landscape, most notably is the ability to enter and garrison within any building for protection which also extends to destroying buildings that the enemy might occupy. Other unique mechanics that make Act of War a more realistic war based RTS is the ability to capture enemy soldiers (a mechanic that goes both ways) and free hostages from terrorist groups in the city streets.

These mechanics gives Act of War an infantry based skew to gameplay although in some missions there is still room for tanks, aircraft and sea vessels (in High Treason expansion) to be utilised in your strategy although they’ll have to put into action more strategically with the limitations of city warfare. Further diversity is offered through the tech trees that allow players to invest in their preferred strategy and overcome weaknesses of said strategy to some extent. 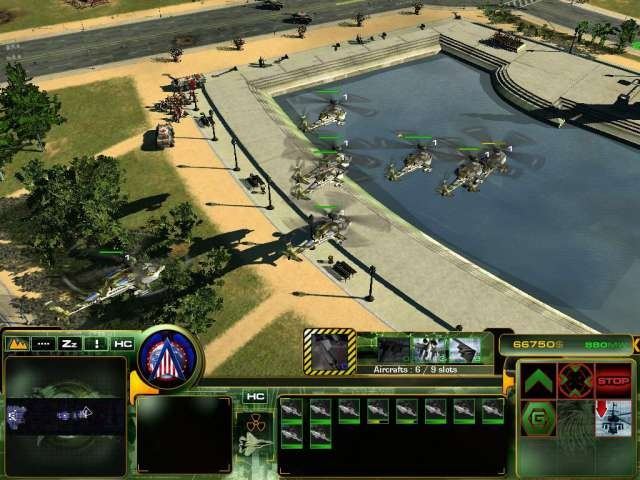 While Act of War: Direct Action is not doing anything ground breaking in the RTS genre its unique elements, realistic environments and representation of a modern warfare setting make it a great opportunity for fans of non-fantasy RTS games.

Games Finder is a Steam Curator and featured in the aggregate review scores data of MobyGames and Neoseeker.
FEATURED ON
Games Like Command and Conquer, Games Like Company of Heroes, Games Like Empire Earth, Games Like Rise of Nations, Games Like Supreme Commander
LEAVE A REPLY Cancel Reply