Can a space themed browser game offer an expansive universe with underpinnings of the 4X strategy genre? That’s exactly the question that AD2460 seeks to answer with an impressive offering in the usually bland browser strategy genre. With its potent science fiction theme and borrowing mechanics from the popular 4X strategy sub genre AD2460 is a surprise inclusion in the world of browser based strategy games. 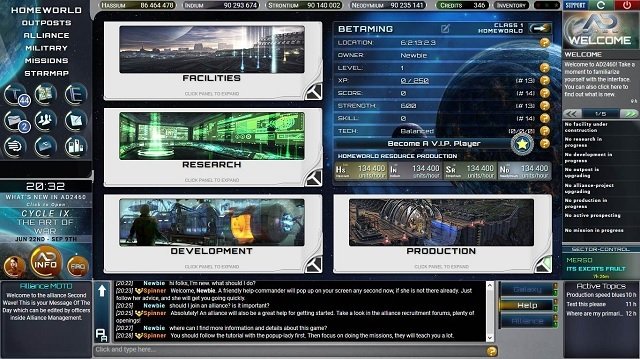 Set many years after the after destruction of human life as we know it AD2460 sets the stage for a futuristic struggle of humanity as our race has scattered to the stars through the use of strange gates that allow ships to travel infinite distances in an instant. As a result the human race has found itself a scattered race and reached a standstill in its development as the constant conflicts between the new nations suffocate innovation and technology as resources are funnelled towards war efforts.

Whether you continue on this path or opt for another option is your most important decision and one that you’ll focus on in AD2460. Stepping into your role as planet leader players are given control of every element from war to trade, resources, research and diplomacy of their own space age nation. AD2460 is not satisfied with merely touching the surface with these mechanics though and explores all of them to a fair degree of depth. 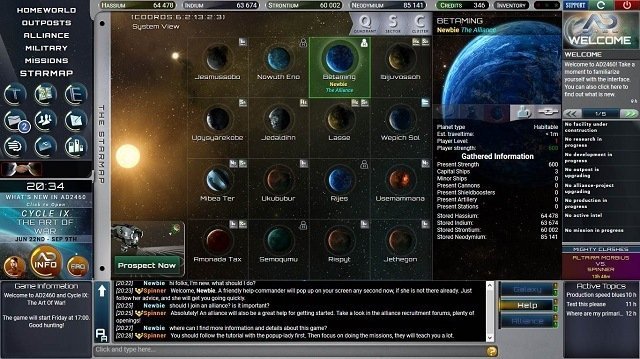 Accordingly new players are strongly recommended to complete the tutorial at a comfortable pace as AD2460 is more than just your typical strategy MMO so don’t expect to be able to pick up and play. While this can be considered as a con the trade off for this added complexity is the greater longevity the added depth offers, allowing AD2460 to better hold onto a core base of players.

The core of your planet and survival is of course your resources which come in 4 space themed varieties; Hassium, Indium, Strontium and Neodymium. These are extracted from your home planet and your controlled outposts over time and can increase with your refineries and researched upgrades to provide that consistent progression in your space power. With a solid foundation of resources you’ll be prepared to explore nearby planets to grow your nation and defend it when necessary. 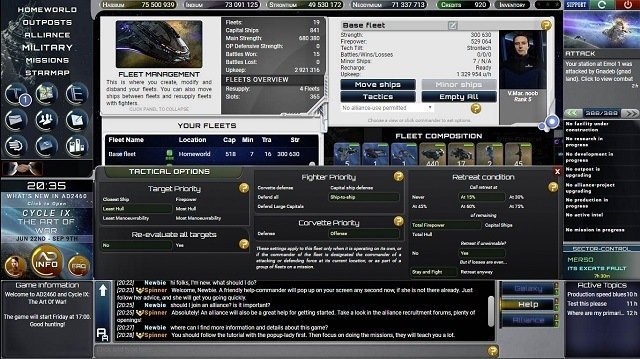 Central to gameplay is your Homeworld screen where players can build new facilities, order research, develop projects or create ship units. Ships are one of the most diverse options available in AD2460 with over 50 ships for you to command, offering plenty of variety on the warfare side of things. Research is similarly impressive with plenty of opportunities for players to push their development into particular directions accordingly to your preferred playstyle. Aggressive players can easily opt for war enhancing technology while defensive oriented players can bolster their resource protection.

It’s clear that AD2460 has invested heavily in offering lots of depth and appeals to those gamers that are fans of browser accessibility but also desire something deep and engaging at the same time. While the fact that the mechanics are so deep will turn some away the reward of a compelling space experience awaits those that power through the early learning bump.