AdventureQuest Worlds (or AQWorlds) offers a simple but popular MMORPG adventure with its origins as a browser based title. Now available through the Artix Games Launcher on Windows, Mac and Linux the game lives on despite the retirement of Adobe Flash that resulted in the browser version to cease. Similar to the original AdventureQuest which was solely a single player game this addition to the franchise expands into a persistent game world which allows you to meet and play with other characters. 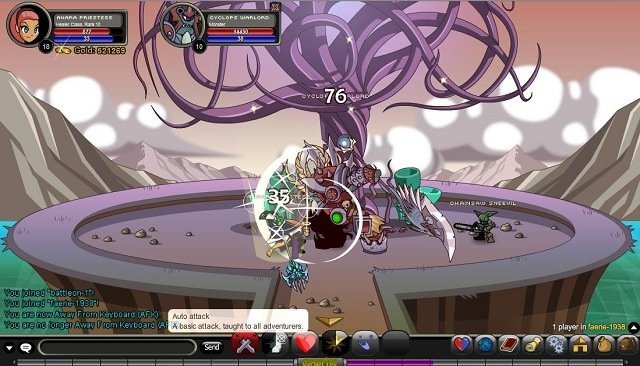 With millions of registered accounts populating the dozens of servers it was a common sight to see tens of thousands of players online during the height of popularity for the game. While the community is smaller now it still achieves similar level of online players during peak hours which is a testament to the longevity the title has provided in a difficult genre to succeed.

Fundamental to your adventure through AdventureQuest Worlds players will select from one of four available classes which includes mage, warrior, healer and rogue. Each of these classes comes with their own active and passive which you’ll unlock and improve over time alongside specific equipment. Eventually you can also upgrade into more advanced versions of your class for new skills to define your playstyle. There are also plenty of visual options available that helps you create something in your likeness if you wish or a complete fantasy design instead. 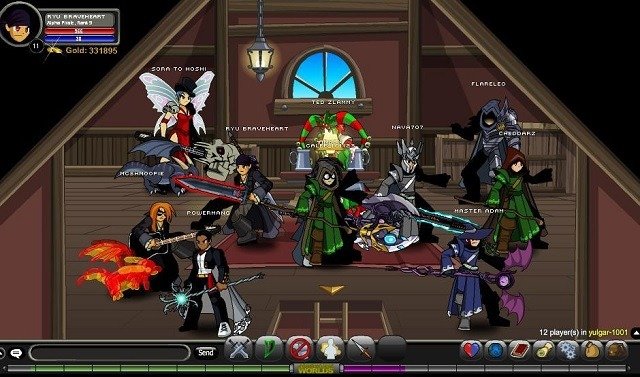 AdventureQuest Worlds does have a story behind it but it doesn’t take itself too seriously and is mostly presented in a tongue and cheek fashion which again pushes it towards a casual audience. There is no pressure to follow the main storyline either as there are plenty of other activities available including events, PvP and achievement badges to chase instead. Best of all AQWorlds lets you teleport to nearly every single location in the game world when required which makes travel time nearly non-existent, a nice change from most other MMO games where you can quickly eat up hours of your time just travelling around.

Battles are the heart of your adventure though and where most of your time will be spent in AdventureQuest Worlds as you seek to finish quests and complete achievements. This combat is real time with turn based elements as you and your opponents take turns trading blows with melee attacks, spells and items. 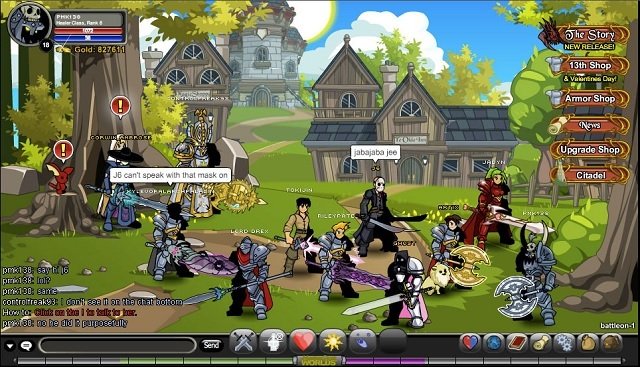 All the while you’ll be gaining experience and currency to invest back into your character to tackle greater foes with a diverse item list in particular that offer varying visual designs, rarities and acquisition methods. AdventureQuest Worlds PvP is similar in overall combat mechanics and a community favourite with the deadly 1v1s.