Marking the third game in the highly successful Age of Empires (AoE) franchise Age of Empires III continues the strategic routes of the series while making several interesting gameplay mechanic designs that provide light RPG elements. While Age of Empires III has not seen the longevity of it’s popular younger brother (Age of Empires II) in the multiplayer scene the title has still been rated positively by the community. 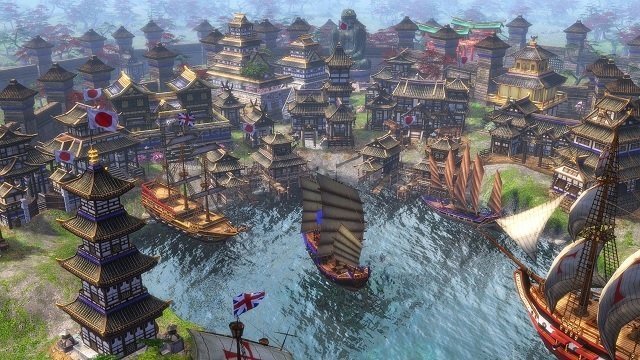 In terms of single player campaign Age of Empires III focuses in on the European movements across the Americas throughout the period of 1492 and 1876. Further content available through the games two DLCs (The WarChiefs and the Asian Dynasties) offer additional campaigns and civilisations although only minor gameplay changes. Combined into the Complete Collection these three titles provide a total of 14 different civilisations for players to command into battle with a focus on Asia and Europe. Civilisations include the likes of British, Dutch, French, Germans, Spanish, Russians, Indians and Japanese.

Like its predecessors each of these civilisations have their own bonus and unique units along with a new mechanic of the franchise, the home city. This home city mechanic is controlled separately from the core game and cannot be actively attacked and instead serves as the powerhouse of your civilisation funding your expansion and conquest. Uniquely this home city is also persistent between individual games which gives that sense of progression to the strategic experience which in most games is absent outside of additional unit options and unlocks in each level. The standardised home city setup supports five core buildings and tie closely with a card upgrade system designed to serve different purposes in the typical Age of Empires strategies of boom, turtle and rush. 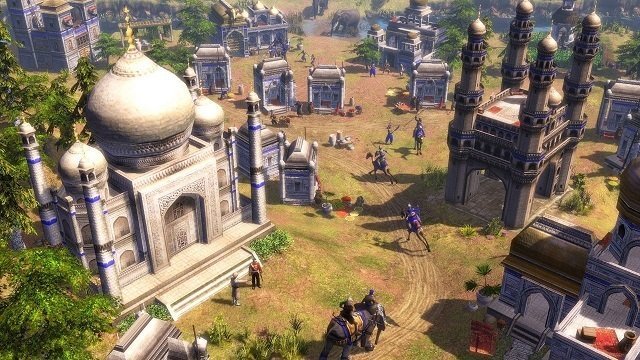 Outside the above the core gameplay experience will be familiar to Age of Empires fans with the majority of maps starting players with a simple town centre or wagon alongside villagers and an explorer. From here the typical game cycle of locating and claiming resources (food, wood, coin and experience) to advanced through ages and unlock upgrades and new units.

Similar to past Age of Empires games each of these ages serve a specific purpose with the starting Discovery Age based around exploration with the second to last Industrial Age focused on boosting your economic foundation after several ages of war in the Colonial and Fortress ages. 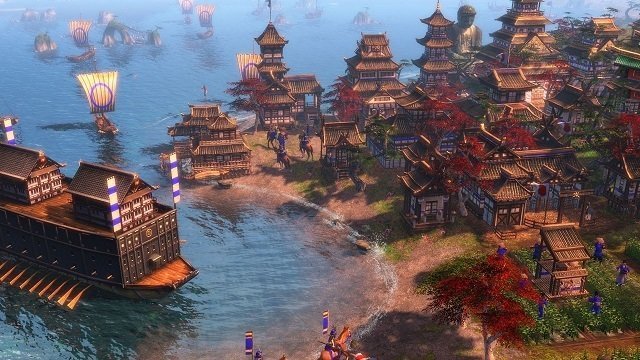 To add further depth Age of Empires 3 also uses a similar system to the Age of Mythology minor gods, known as the politician system. This allows players to choose from a number of politicians as they advance through the ages to provide a bonus to their settlement and again ties into the general design based around three strategy pillars of boom, turtle and rush.

Overall Age of Empires 3 lives up to the bar set by the other Age of Empire games and won’t disappoint strategy fans in the core game. It’s important to be aware though that the vast number of changes make it quite a different experience for purists of the franchise.

This review was first published on August 17, 2014. Read our update policy to learn more.

Games Finder is a Steam Curator and featured in the aggregate review scores data of MobyGames and Neoseeker.
FEATURED ON
Games Like Command and Conquer, Games Like Empire Earth, Games Like Rise of Nations, Games Like Stronghold, Games Like Warcraft 3
2 COMMENTS
LEAVE A REPLY Cancel Reply