Age of Empires II belongs to the hugely success AoE series of real time strategy games and is arguably the most well known and widely praised from the franchise that continues to be relevant today. Originally launched in 1999 the game saw a revival with a 2013 HD remake and a 2019 definitive edition with a number of expansion packs along the way building on the game content and modernising the graphics. 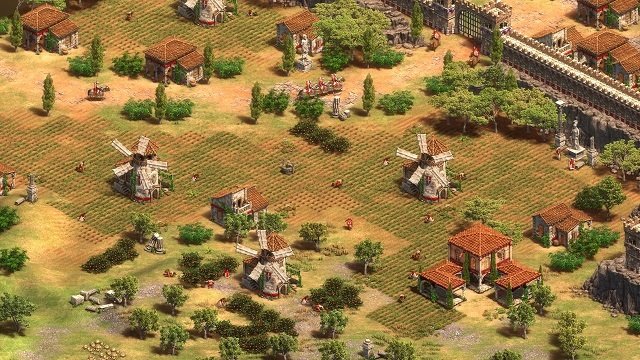 With single player campaigns primarily set around the Middle Ages players have dozens of playable civilisations from those eras and prior that each come with their own unique technologies and strengths. Whether it’s single player campaigns, skirmishes or the multiplayer arena Age of Empires II creates a huge number of strategy options for players to learn and master. This depth has been a pivotal element to the continued competitive environment success with Age of Empires II remaining one of the most popular real time strategy games for multiplayer gameplay to this day.

Originally launched with five varied campaigns which have since been modified and built upon with the definitive edition players have a wealth of story based challenges to explore that offer a wide array of scenarios. From defending yourself from endless attacks, to engaging in open warfare or espionage players will often be the underdog. All of these campaigns are historically accurate and supported with additional video story telling content to provide you context to the story surrounding your actions. 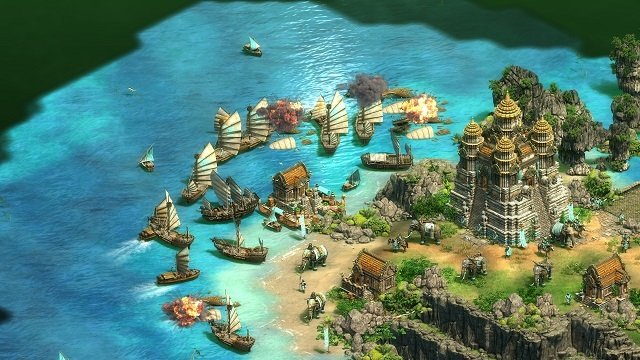 Like many real time strategy games Age of Empires shines in the multiplayer realm or the single player skirmish options where you can define your own challenge or play one of the available game maps. With countless options for players to mix and match they ensure there is always a new experience in these modes and allows for all skill levels to be challenged in ranked based matching. Game modes in multiplayer and single player skirmish offers the usual strategy genre experiences with death match, random maps, a technology wonder victory, score and other fun although less popular variants with varying player number options.

Players will find the standard progression of an Age of Empires II game is similar to most other games in this genre as they gather resources (food, wood, stone and gold) to use on their buildings, unit creation and upgrading various technologies. Once certain prerequisites have been meet players will be able to advance from one age to the next which opens up new technology trees, units and buildings. With four ages that take you from the Dark Age into the Imperial Age it’s a constant balance between saving resources for advancement for a jump in power and current spending needs. 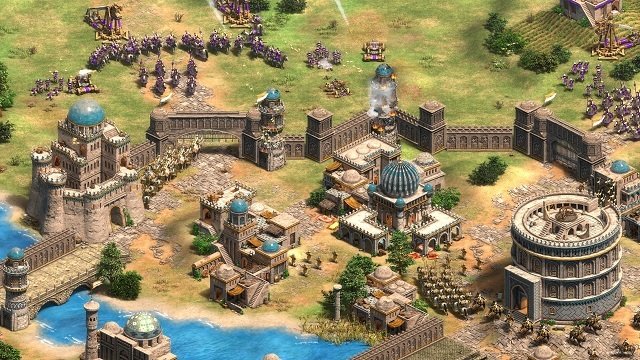 While some civilisations are better at rushing through the ages with economic bonuses to boost their food production, some favour stalling through defensive bonuses or warfare through powerful unique units. With each civilisation having unique units and technologies which define the overall focus of the civilisation allowing players to pick one that resonates with their preferred win conditions and build their strategy accordingly.

Age of Empires II is undoubtedly one of the top games in the real time strategy genre and a masterpiece for its time that has continues to remain relevant with its re-releases that have expanded the available game content. With this modernisation the title still holds it own against modern strategy standards and worthy of a spot in your gaming library.

Games Finder is a Steam Curator and featured in the aggregate review scores data of MobyGames and Neoseeker.
FEATURED ON
Games Like Command and Conquer, Games Like Empire Earth, Games Like Rise of Nations, Games Like Stronghold, Games Like Warcraft 3
LEAVE A REPLY Cancel Reply