Age of Mythology (or AoM) is a real time strategy game based on the Age of Empires series which offers a mythology based spin off to the otherwise historical RTS franchise. Exploring the legendary myths of some of the greatest civilisations of time such as the Greeks, Norse and Egyptians players will experience similarly robust campaign structures that draw from the legends of this civilisations rather than factual events across more than 30 game scenarios. Further content is available through two expansion packs which add in the Atlanteans and Chinese as playable civilisations in single player and multiplayer. 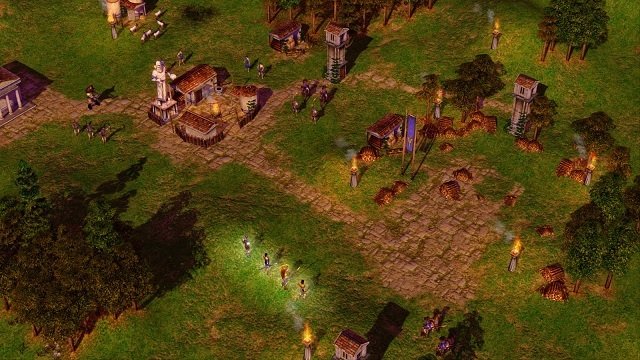 All of these scenarios are intertwined though as the core character of Arkantos who is an Atlantean admiral adventures through the aforementioned civilisations to seek out a cyclops who is fighting against Atlantis. At the core though you’ll find familiar Age of Empires style gameplay that revolves around collection of resources, town management, army creation, counter based combat and an age advancement system (Archaic, Classical, Heroic and Mythic).

Each civilisation presents it’s on strategy from the Greeks that have powerful and expensive soldiers, the Egyptians that leverage the Pharaoh for healing and productivity bonuses, the Norse that can build forward bases with their infantry units, the technologically advanced Atlanteans and the Chinese that specialise in ranged weapons. 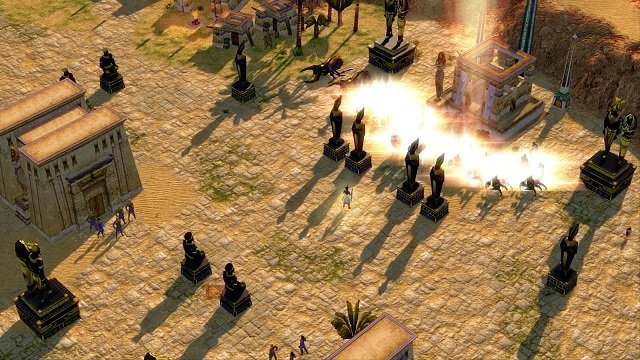 To add an extra layer of strategy (and incorporate the idea of mythology into the game) each civilisation has several major gods which must be selected at the start of the game. This major god unlocks technology, units and also offers a powerful one time ability that can turn battles in an offensive, defensive or economic manner while also having unique technologies and units assigned to them. Examples include familiar faces such as Zeus, Hades, Ra, Set, Odin and Thor in the base game.

In addition to this major god at each advancement point you’ll be able to select a minor god that provides a similar impact on your strategy albeit at a smaller scale which allows for the same civilisation to be played in multiple ways. 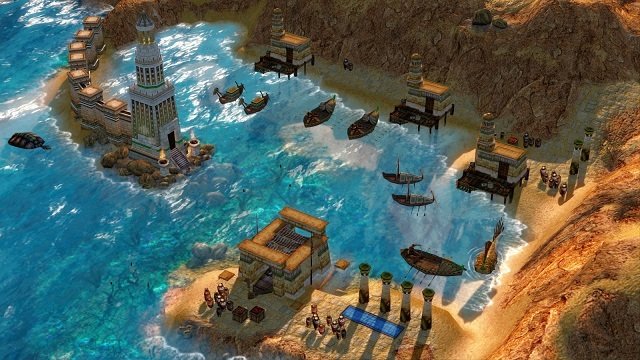 Despite the presence of these gods you can’t fight a war without generic units which is where familiar unit types of infantry, archers, cavalry and siege from the core Age of Empires franchise come into play alongside the usual rock-paper-scissors counter strategies.

Games Finder is a Steam Curator and featured in the aggregate review scores data of MobyGames and Neoseeker.
FEATURED ON
Games Like Anno, Games Like Empire Earth, Games Like Rise of Nations, Games Like Stronghold, Games Like Warcraft 3
LEAVE A REPLY Cancel Reply