Age of Wonders II: The Wizard’s Throne builds on the adventure of the original Age of Wonders to deliver another solid mix of strategy and role playing with plenty of fantasy warfare in between. With a three year gap between releases (1999 to 2002) and the turn of the century in between offers plenty of improvements  some of which being driven by the rapid improvement in video game hardware. 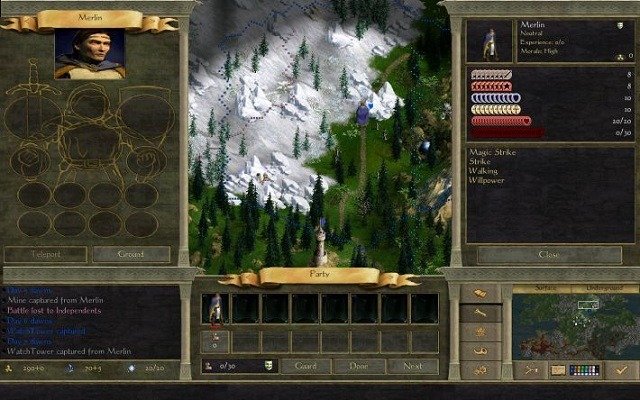 In this adventure players will join the elite ranks of an immortal wizards circle (Circle of Evermore) as you are tasked with restoring balance to the world which finds itself on the brink of a catastrophic collapse. It’s a reasonable lengthy campaign that spans 20 scenarios where you’ll command your troops and dictate the fate of this game world based on your decisions that you make throughout the story.

As a wizard focused title there is a large element of gameplay revolving around the use of magic with Age of Wonders II including 7 different branches of magic to master with water, fire, earth, air, life, death and cosmos available to the player. Building on this magical base the dozen races that feature fantasy favourites such as undead, humans, dwarves and elves allow over 100 different units to be recruited and 30 odd unique heroes to lead them into battle in the campaign or multiplayer arena. While some of these are borrowed from the original Age of Wonders experience a healthy amount of them are new to the franchise ensuring this isn’t a mere expansion pack to the original. 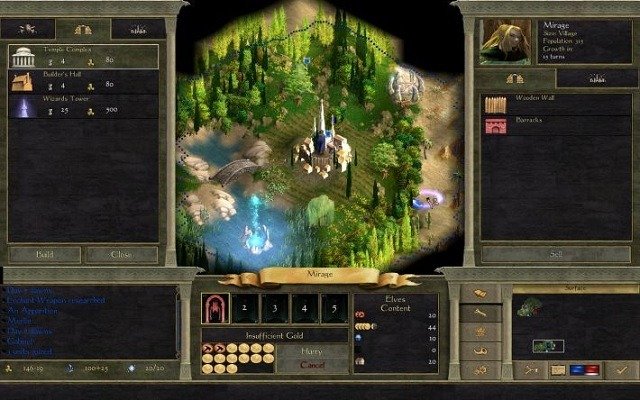 Spells and races are the fundamental of any strategy though and are particularly satisfying with  many unique spells to call on in the heat of battle such as raising the dead, summoning powerful creatures or improving your income dramatically to help you get over the line. While the units assigned to each race are fairly similar mechanically between the races with standard archetypes of infantry, ranged and magic users but do help create a defined personality through their visualisation or the odd unique race unit. The way you’ll unlock these spells, units and even buildings is also well designed and borrows heavily from the likes of Heroes of Might of Magic which was an equally popular turn based fantasy title at the time of release.

While the amount of choices rival that of the previous addition to the franchise there is slightly less room to realise this potential consistently due to smaller tactical maps that battles take place on although this does have benefits to the overall game pacing. This does mean that other related gameplay elements are faster but it’s still not uncommon to have a single level last for several hours and hundreds of turns thanks to the multiple layers of map strategy that each still holds despite the reduced overall size. 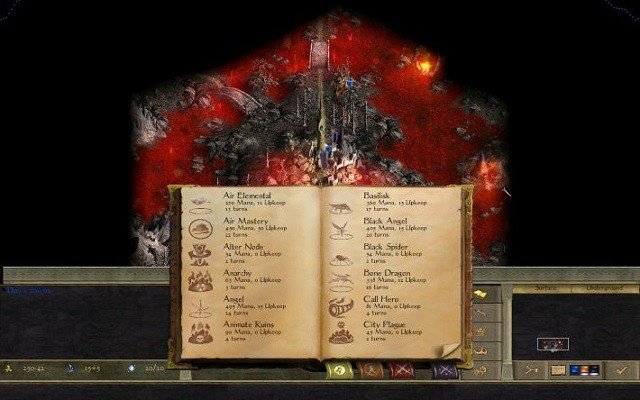 The only place that Age of Wonders II: The Wizard’s Throne trips up is in the AI design that seems a little lumpy often switching between hyper aggression and hyper passive turns on a whim which can make early game unpredictable and likely more difficult than actually intended.