Age of Wonders III re-energises the series with an offering that keeps the high fantasy theme of past titles but refines the 4X and turn based strategy elements for something fresh and different to the franchise. Released in 2014 you’ve got single player, multiplayer and co-operative gameplay all in one as you take control of your own race. Thrown into a leadership role as you explore, interact and fight your main goal is to expand your empire out of necessity of survival with threats from every direction. While at the core of the experience it’s about turn based strategy with 4X elements you’ll also find a number of role-playing elements littered throughout the game that help you step deep into the fantasy realm on offer. 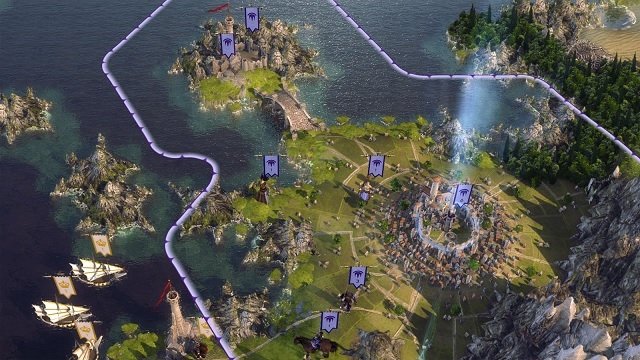 Age of Wonders III is set within the same fantasy universe of the the past titles and notably references a number of events from the original Age of Wonders experience. This includes the elven court being torn apart by the invasive human race following their landing on the Blessed Continent which resulted in a fractured elven society of two factions with their own approach to addressing the rapidly expanding human race. Central to the campaign conflict in Age of Wonders III is the Commonwealth Empire who is a collection of races that wanted to share knowledge and protect themselves from threats but has since fallen under control of human influence that is now only interested in pushing technology and commerce with little regard of much else.

Split into two campaigns (the Elven Court and the Commonwealth Empire) players will follow the respective heroes of the Elven Princess Sundren and the Human Dreadnought Edward Portsmith who are both fighting for their cause within the fantasy world structure of Age of Wonders III. Within these campaigns players will of course lead different units through the specific campaign story although the fundamental gameplay mechanics remain the same and also carry over to the multiplayer and other single player game modes. 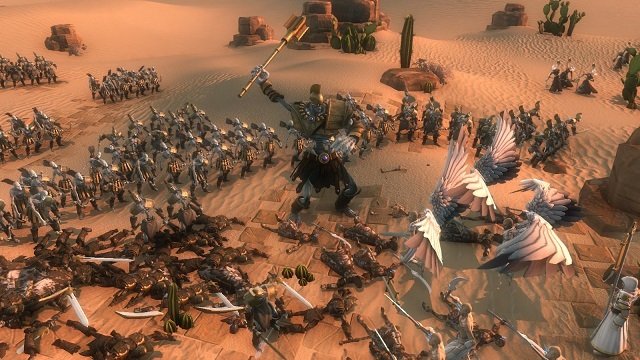 In the base Age of Wonders III experience you’ll find a total of six races occupying the fantasy game world (humans, high elves, draconians, orcs, dwarves and goblins) which was later expanded with halfings, frostlings and tigrans in the Golden Realms and Eternal Lords expansion packs. Each of these will be encountered during the campaign or can be selected in the other game modes and have their own strengths and weaknesses that dictate their ideal strategy. Humans for example feature a well armoured military that are effective in many situations but are particularly effective in cavalry where they like to live in fertile plain areas where they can utilise their additional city production to be the most adaptable option Age of Wonders III has to offer. This is in stark contrast to the unique frostlings who also like the fertile plains but prefer to raid their enemies with ice magic and have an array of supportive units to slow down their enemy to a crawl and overcome any wall that stands in their way.

Building further on your unique strategy in Age of Wonders III is your choice of leader who is also highly customisable through skillsets which will shape your overall grand strategy. With choices including the dreadnought, theocrat, rogue, archdruid, sorcerer, warlord and necromancer (Eternal Lords only). Much like your choice of race there is an abundance of depth in this choice which is further enhanced as you mix and match potential race and leader combos. From the dreadnoughts powerful engineer technology upgrades that combine with stalwart defences to the spell master of the sorcerer who supports their troops with summons and aggressive combat each feels different to play as and against. These leaders and other heroes that you pick up along the way will level up and gain experience to invest in new equipment and devastating powers. You’ll also be able to dictate their alignment with good and evil which comes with their own pros and cons from specialisation in these paths. 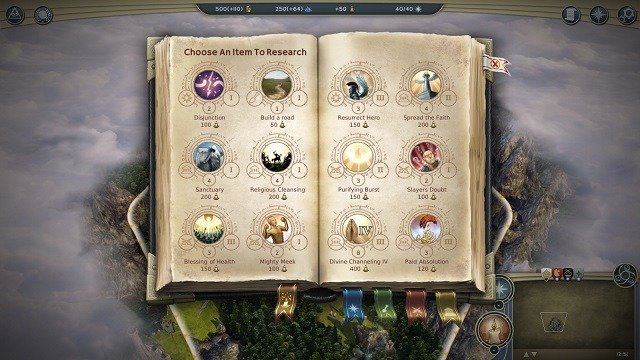 Choices aside your actual minute to minute gameplay is reminiscent of other turn based tactical games with cities serving as your foundation in Age of Wonders III where you’ll generate your resources, recruit units and develop your technology. In addition to your own cities and those of your enemies you’ll also encounter a number of aligned cities which you can absorb into your domain which can play an important role in strategy by unlocking units not usually available to your chosen race.

With cities providing invaluable resources combat is a regular occurrence between factions as they seek to control the means of production. In this combat you command your forces over a hexagonal grid that comes to life when you engage in direct conflict or a siege of an enemy city. Players are free to group units together to form ranks, use magical spells and call in new units during combat with action points defining the number of actions each group of units can make and a primary driver of tactical decisions.

This review was first published on June 21, 2014. Read our update policy to learn more.

Games Finder is a Steam Curator and featured in the aggregate review scores data of MobyGames and Neoseeker.
FEATURED ON
Games Like Civilization, Games Like Heroes of Might and Magic, Games Like Total War
LEAVE A REPLY Cancel Reply