Age of Wonders is a turn based game that blends with role playing features in a fantasy realm with an endless wealth of mythical creatures. 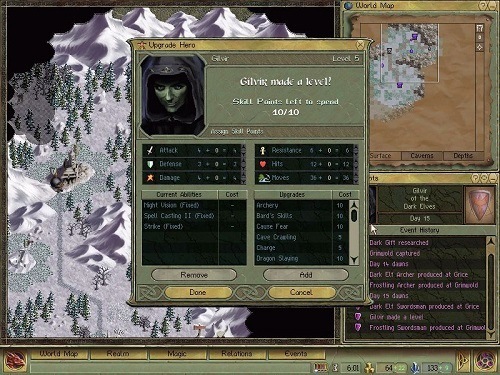 Spanning two campaigns (or multiplayer) Age of Wonders puts you in a world where chaos has been born as humans break the fragile peace that existed between the other races. Races you’ll find familiar such as elves, dwarves and orcs make an appearance in Age of Wonders but you’ll also enjoy some more unique races for a total of a dozen on offer.

This is where the first layer of strategy in Age of Wonders appears with each race having their own skills and abilities which an dictate which races you decide to create alliances with. There are also many intricacies to using race to your advantage as mismanagement can quickly become a headache to your kingdom.

Gameplay in Age of Wonders involves an isometric map split into hexagonal tiles with players guiding their groups of units around the game world which includes a range of environments, cities and caverns. Each turn you’ll have limited number of moves to accomplish your goals which refresh when your turn ends in a traditional turn based style (Age of Wonders also includes a simultaneous turn system).

Cities are the foundation of any game and a key to creating nearly all of the units you’ll have access to in the game. While unoccupied cities can be claimed by simple marching through the front gate, occupied cities will have to be dwindled down and then occupied with troops to prevent rebellion. Alternatively, players can migrate to move their own chosen race into the city and change it for your needs. 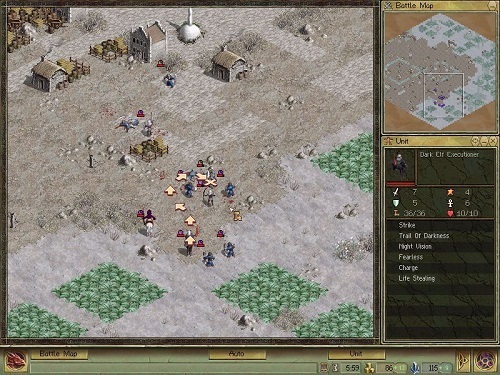 Upgrading the cities under your control is key to unlocking the higher levels of units in the game which come with plenty of variety in stats and uses. These units will also refine their skills over time as they become battle hardened units. The level above your basic units are the heroes which is where most of the role playing elements of Age of Wonders are present. These heroes appear randomly for hire and can grow to level 30 with their own skills and abilities that you can grow as you please.

The fantasy and level of depth in the first Age of Wonders game makes this turn based strategy one of the classic games that should be played by any fan of the genre.

Games Finder is a Steam Curator and featured in the aggregate review scores data of MobyGames and Neoseeker.
FEATURED ON
Games Like Civilization, Games Like Europa Universalis, Games Like Heroes of Might and Magic
LEAVE A REPLY Cancel Reply