AirMech (Airmech Arena for console) puts a new spin on the MOBA genre offering a unique strategy experience. AirMech (sometimes AM) is based on a free to play model and is being developed by Carbon Games for the Windows platform. 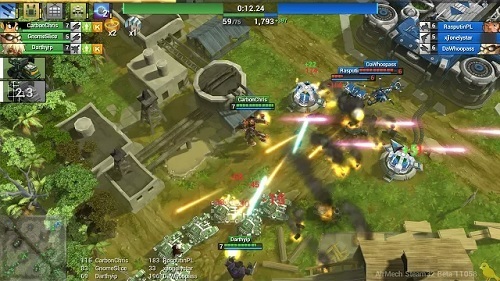 The game has many aspects that are similar to the popular MOBA genre currently sweeping the gaming industry but is considered more of a real time strategy experience similar to that of Herzog Zwei.

In the game players take control of a mechanical robot that has the ability to swap between an air and ground unit. Players can also build units or move them around the battle field which adds another level of strategy to gameplay.

Your core objective during the game is to protect your own base while attempting to achieve the destruction of the opposing teams. In order to do this players must carefully manage their Credits and Power systems which control which units players can build to aid them in battle and the maximum number that can be called into battle at any time. You’ll have the option to choose from a variety of AirMechs and pilots which alter the abilities and stats of that you have available which can greatly change gameplay.

AirMech also offers a good variety of game modes for players to enjoy so there is definitely something for everyone with a mixture of solo, co-op and versus options. In the solo mode players take on the AI  which of course also serves as training experience for new players. Co-op then takes this game mode a step further allowing 2 or 3 players to battle against the AI together. 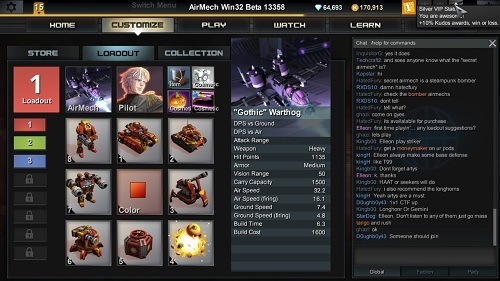 In terms of PvP options players can elect for games of 1v1, 2v2 or 3v3 across a large selection of game maps. Apart from the standard game mode which can take anywhere from 15 to 30 minutes players can also battle it out in the capture the flag, survival and challenge modes.

Overall AirMech offers a unique strategy experience and is highly polished. The game also has particular appeal to the growing number of MOBA fans despite the different experience it offers.