If you are looking for your next scare then Alan Wake promises an interesting adventure filled with horror. The game is available for the Xbox 360 console and Windows. 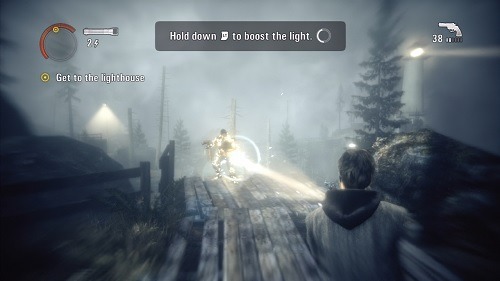 Alan Wake follows the story of a thriller novelist Alan Wake as he goes on a vacation to the quiet town of Bright Falls in a hope to cure his writer’s block. Just like a book or television series the game is split into episodes that each contain a cliff hanger.

Things take a dramatic turn for the worse when his wife goes missing and Alan tries to unravel the mystery behind her disappearance. While investigating the player is haunted by plot events of a novel he has no memory of writing.

Alan Wake’s gameplay blends action elements with plenty of psychological horror moments. The game takes places across the town of Bright falls with a variety of environments for players to explore. During the night time sequences of the game players will encounter humans and objects that have been consumed by a strange darkness.

The only way to defeat these enemies is to remove the darkness with your flashlight or a similar light source and then kill them with your firearm (with players having access to a handgun, flare gun, shotgun and other weapons). 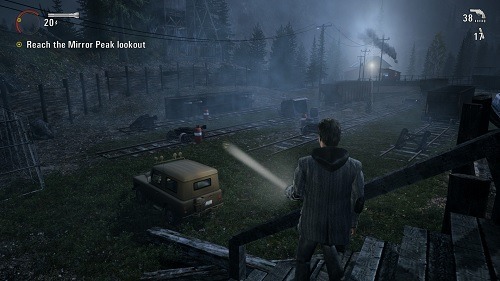 Players can boost the flashlight power if they need extra darkness destroying power. While the flashlight recovers battery power slowly players can insert new batteries for an instant recharge. Streetlights and other overheard sources of light serve as safe areas for the player where they can quickly regenerate health.

Another key feature of your adventure (although optional) is the hidden manuscript pages around the game world which detail events that have not yet happened.