Albion Online centres itself heavily on the guild and sandbox mechanics that often form secondary features in other MMOs. Originally released in 2017 as a paid MMO Albion Online’s free to play shift in 2019 and large 2020 update (Queen) has seen a resurgence of interest in the unique sandbox MMO pushing its daily active accounts into the six figure mark and nearly half a million monthly active. With a single server housing these players you can expect an overwhelming number of players in front of you which has obvious pros but some under the hood cons as it sees resource points being hot for contention.

At the base of the Albion Online economy is the player generated economy with a vast number of items crafted, looted or enchanted by the player base from their hunts or acquired resources. This element is even more important than other titles as each marketplace across Albion is its own individual trading hub to give a true sense of economy. 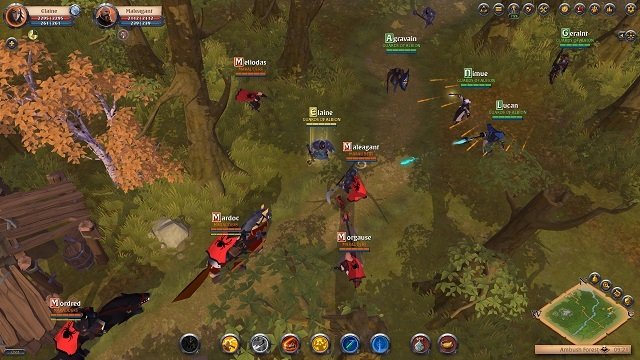 Freedom of choice goes far beyond the economy though with a truly classless system with one of the best implementations in the genre to date. Key to this is a simple re-roll system that lets you trade your Albion Online experience for a skill reset at a reasonable cost. The foundation of this is of course your three familiar archetypes of mage, warrior and hunter that have their own underlying options tied to specific weapons. The ability to swap between these at will without significant impact and the full freedom of the armour system that lets you run a heavily armoured mage for example ensures you are only minutes away from refreshing your build.

The heart of Albion Online and any MMO for that matter though is the questing and battles that you’ll embark on from level 1. This journey starts with players becoming shipwrecked with basic tutorial mechanics for movement and fighting before players adventure out into one of 5 locations of their choosing. From here it’s standard MMO growth as you talk to NPCs, travel to locations, complete quests and in the process acquire resources from the environment. This progression is housed in a simple to grasp tier system that enhances the resources you can collect to craft higher tier loot in a repeating loop primarily based around Fame that is awarded for various in world activities. 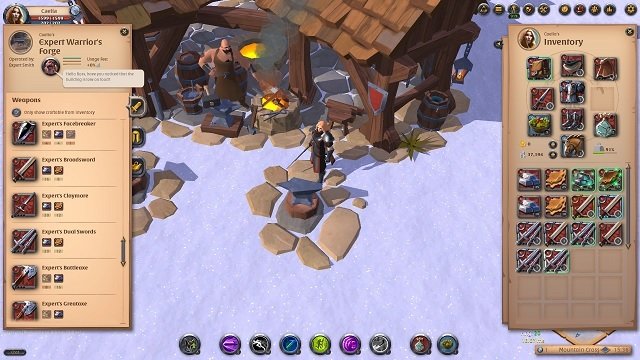 For those players that want to adventure beyond solo PvE you’ll find a whole open world awaits full of dungeons, world bosses, expeditions and factions with their own biomes, strategies and rewards. Albion Online is by no means shy on offering PvP content either with an arena, duels and open world PvP in designated areas with complete character looting should you dare. Uniquely a PvPvE mode known as Hellgate can give you a taste of both at once in 2v2 and 5v5 variants.

The peak of Albion Online and the gameplay that forms much of it’s end game though is much broader with guild territory wars. Available in either 5v5 or 20v20 these not only provide significant benefit but serve as a fantastic challenge for your guild mates. With some active combat elements persisting throughout all of these combat options you’ll generally feel engaged as you dodge telegraphed attacks. 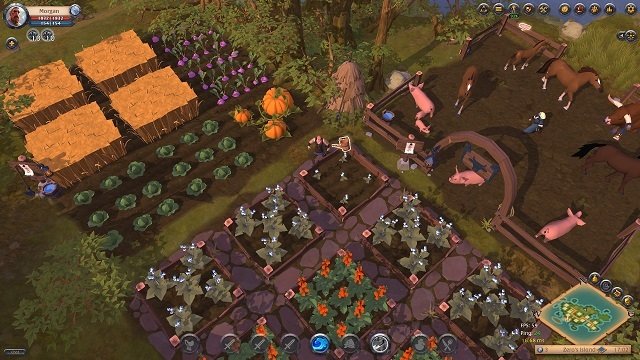 When you’re done with PvE or PvP content players can relax in their own piece of Albion where you can build premade structures provided you can afford the material dump. It’s by no means simple a visual thing though with plenty of purpose in crafting and refining amongst other bonuses.

While not adventuring far from MMO staples Albion Online somehow manages to mix them in different proportions than others on the market to create an addicting sandbox, action and guild orientated title. The addition of cross platform design (Android and iOS not in full release) means the future is even brighter for Albion Online as it will likely dominate the mobile scene and bring with it a second wave of popularity.

This review was first published on May 15, 2020. Read our update policy to learn more.