Blending platform elements, action gameplay and psychological environments is Alice: Madness Returns which takes place in the world of Alice in Wonderland with lore likely to be familiar to most players although much darker than the usual content involving Alice. It’s the sequel to the well received 2000 video game, American McGee’s Alice and features a host of improvements to make it a better experience along with new story and challenge. 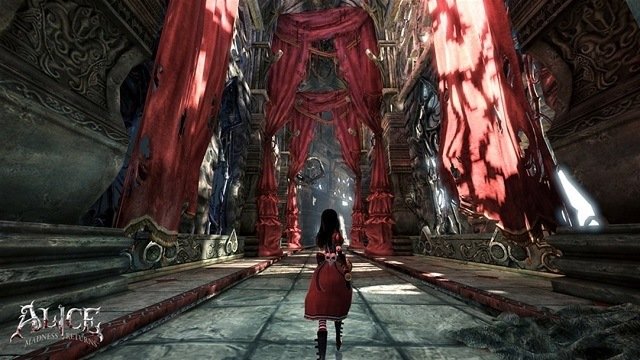 Your adventure in Alice: Madness Returns follows Alice Liddell a girl trying to deal with the trauma caused by the loss of your entire family. After being released from a psychiatric clinic and placed into an orphanage for the mentally ill you re-enter Wonderland to discover the truth where you’ll battle a new evil force that has corrupted the realm from the mostly friendly place it once was.

Gameplay of Alice: Madness Returns is an even mixture of platforming and hack and slash gameplay with players having several weapons to call on in combat. From the traditional vorpal blade to the pepper grinder that turns into a crank operated machine gun and the two handed sledgehammer. While there isn’t a huge range of choice with only six options there is enough to keep things interesting thanks to the upgrade system that lets you improve on your favourites by collecting teeth that drop from foes and breakable objects. Providing this basic RPG mechanic to your dark Alice: Madness Returns increases your agency as Alice feels like your own creation. 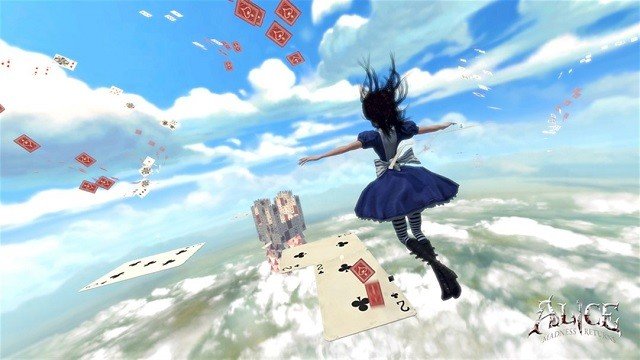 Alice: Madness Returns relies on a traditional checkpoint and health system that most adventure games adopt with your health represented by rose petals at the top of the screen. If a players health reaches zero they’ll load up at the most recent checkpoint while failing a platforming sequence generally places you on a nearby platform instead and thus less punishing for failure and is a welcome overlooked feature to maintain game flow. Other platform mechanics include a triple jump and some mid air floating to further ease the difficultly of any platform elements.

Secrets are in abundant in Alice: Madness Returns and likely inspired the setting and lore which in itself is strange and full of secrets. The shrinking potion playing an important role in discovering these by revealing platforms or enabling you to walk through small passages that you find that might hide some potential collectables. 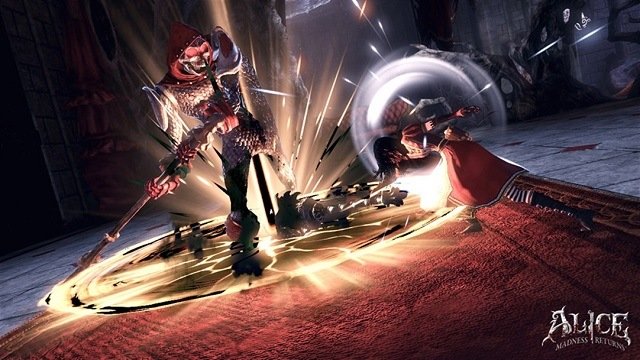 This adds an extra layer of Alice atmosphere to what already felt like Wonderland and also gives you something to hunt for along the way as you take a break from combat. The game oozes Alice In Wonderland style, combining this with solid platforming and combat mechanics makes the game a real treat for dozen of hours.

Games Finder is a Steam Curator and featured in the aggregate review scores data of MobyGames and Neoseeker.
FEATURED ON
Games Like Devil May Cry, Games Like God of War
LEAVE A REPLY Cancel Reply