Sid Meier’s Alpha Centauri is a sci-fi 4X turn based strategy game with plenty of depth to explore. The game also offers an expansion pack for the game (Sid Meier’s Alien Crossfire) which adds a number of features and factions to the game. 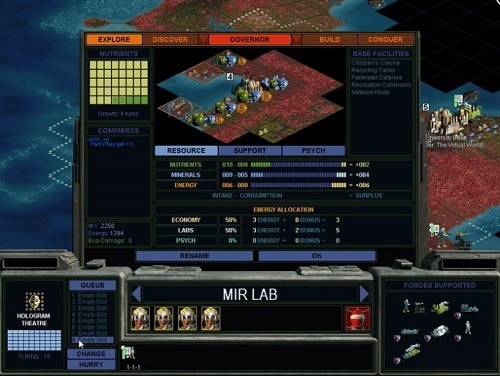 The game uses the same game engine as Civilization II and builds on it to create a similar but also innovative new experience. The game is jammed full of features from customisable units, native alien life, social engineering and even climate.

In Sid Meier’s Alpha Centauri players will setup bases, create facilities, embark on projects, explore the map, research technologies, engage in diplomacy and of course conquer other factions. The game is split into squares that players can use to establish bases, get resources and even terraform squares to alter their function or resources. 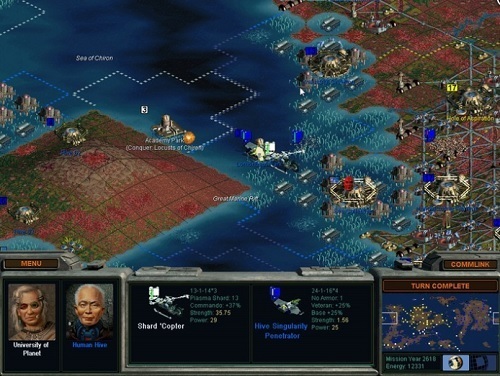 A unique game aspect in Sid Meier’s Alpha Centauri is the technology trees which grant players with new unit components rather than new units. This allows you to incorporate new technology into your current goals and units rather than make previously created structures and units obsolete.

Sid Meier’s Alpha Centauri is both an enjoyable single player and multiplayer experience that is still one of the best turn based strategy games despite its age.