If you enjoy the gameplay that the Japanese role playing genre has to offer but want something with more of a western or sci-fi setting then Anachronox provides a good balance between the two. The game was released in 2001 and is a Windows only game. 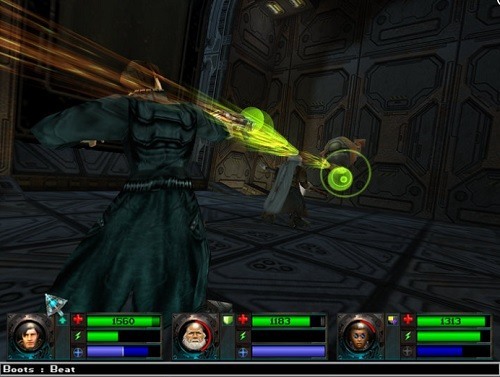 Anachronox takes place in a cyberpunk themed world and features an odd sense of humour that adds a lot to the games overall charm. In the game players assume the role of a private detective who is down on his luck and looking for work in the slums of planet Anachronox. From here you’ll travel around to several planets, gaining party members and uncovering a hidden and mysterious plot that threatens the entire universe.

This party style system is very reminiscent of Japanese role playing games and lets players command up to three of their party members in each battle. Battles are fairly typical for the genre featuring hit points, items, magic and other special skills.

Individual characters can faint in battle and the game is only lost if all characters are unable to keep fighting. Provided you win your fights you’ll also earn experience for each of your squad members who will then slowly evolve and gain power throughout your game journey. 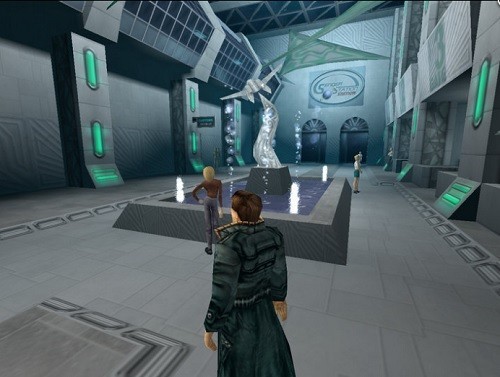 Puzzles are also an important element with players encountering many real world puzzle like mini games from lock picking doors to space battles.

Anachronox is definitely a role playing experience for fans of the Japanese role playing genre as it shares many similarities with games that fall under that umbrella. The two most notable differences that will attract you to it are that it’s available on Windows (a rarity for the genre) and it does away with an anime/fantasy setting for a more sci-fi and steampunk one.

This review was first published on January 14, 2013. Read our update policy to learn more.