Animal Crossing: New Leaf is a popular life simulation game with city building aspects available for the Nintendo 3DS. The game is published by Nintendo and was released in late 2012 (Japan) with international releases in June of 2013. 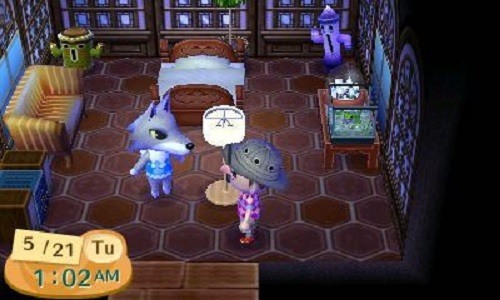 In Animal Crossing: New Leaf players take control of the mayor in a rural village. This is unlike previous games in the series where players assumed the role of a new villager in the town. This isn’t the only new feature to be added to the Animal Crossing series with plenty of other game changes to enhance and improve gameplay.

One area which has received particular attention is the customisation possibilities in the game. While the series has always had a customisation focus New Leaf takes the series to a whole new level.

Players can customise endless aspects of their character now including pants, shirts, shoes, hats and a wide range of accessories. There is also plenty of options to customise the furniture that appears in the players living space. The customisation doesn’t stop there though as you’ll have control over your entire town as the mayor.

This customisation comes in two forms: Ordinances and Public Works. With Ordinances you can change the way your town operates with new laws and standards such as the ‘Early Bird’ which makes your villagers get up and go to bed earlier. While Public Works involve collecting money from your town’s occupants to construct landmarks, bridges, clocks, fountains and much more. 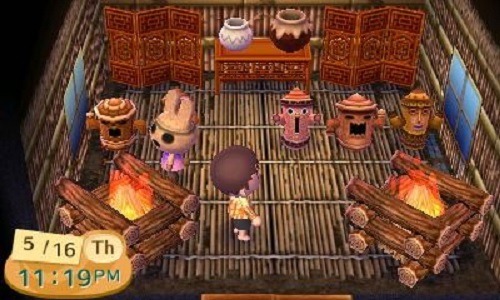 Animal Crossing: New Leaf isn’t just a single player experience though with players being able to visit their friend’s towns through the Nintendo Network, this can also be used to send messages to people on your friends list. Multiplayer also unlocks an additional game mode where up to 4 players can travel to a tropical island to play a number of mini games and win awards for their characters.

While many of the features in New Leaf come from previous instalments the change of roles (citizen to mayor) means there is more to do in New Leaf than ever before.

This review was first published on June 19, 2014. Read our update policy to learn more.