Animation Throwdown: The Quest for Cards brings your favourite animated characters into a simple but enjoyable card collecting title that will challenge you with campaign, event and PvP content. With hundreds of popular American TV show characters featured on these cards and all the applicable TV show references that go along with them Animation Throwdown: The Quest for Cards has proven popular across its available platforms.

Featuring Family Guy, Futurama, American Dad, King of the Hill and Bob’s Burgers Animation Throwdown mimics the formula of similar free to play games although offers a unique skin on top. Choosing your character from these animated worlds players can play as a handful of their favourite heroes from each TV universe which also influences your starting deck and cards. Players can also obtain different heroes and upgrade them through the usual mix of events, shops and arena gameplay that card games feature. 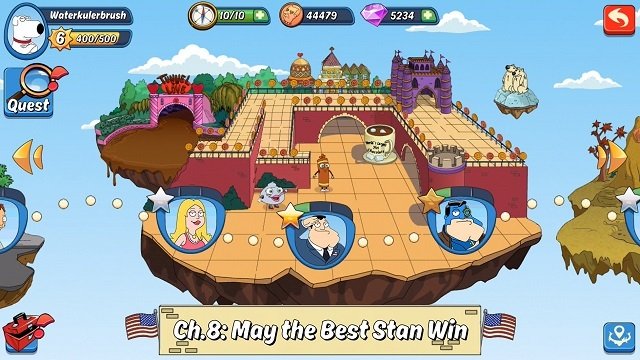 Just like your character the cards you will collect and use to battle with bring the 5 universes together with cards like Lois, Quagmire and Chris in the Family Guy deck while your Futurama deck is packed full of Fry and the rest of the crew amongst many filler cards that take references from these worlds. Cards are split across common, rare, epic, legendary and mythic rarities with their own basic card stats (health and attack) and skills that create the general strategy of Animation Throwdown: The Quest for Cards.

Like most card games your gameplay revolves around your customised deck which is played in combat against an opponents deck. Featuring simple mechanics players draw a single card from their deck (minimum 25) each turn while playing one of the cards from their hand (created by drawing 5 cards at the start of the game) with the objective to bring your opponent’s cards on the field down to 0 health so they can be removed from the playing field entirely. Cards played from your hand will attack their direct opposite card with any remaining damage going straight to the players character. Once a characters health reaches zero the game is won. 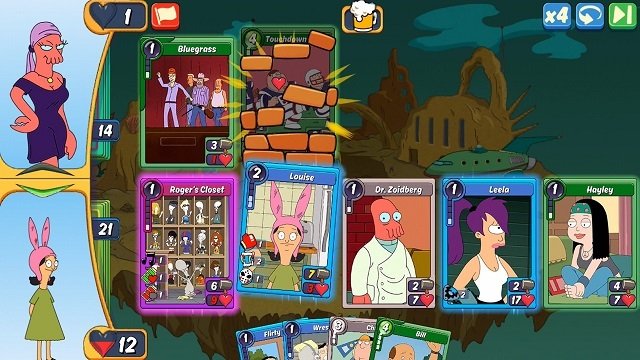 While the surface of Animation Throwdown: The Quest for Cards is a straight forward the challenge like many free to play card games comes from the journey as you collect cards, improve them through research combos and complete the PvE and PvP content. The PvE adventure mode in particular will be your starting ground as you fight your way through dozens of chapters and themed opponents that each have their own rewards and mastery tier along with general game currency to invest back into your deck.

While farming for resources is an ongoing balance in any free to play card game Animation Throwdown: The Quest for Cards does include options to increase battle speed, skip animations and even auto play battles to alleviate some of the effort involved. From this point players can also dip their toe in the PvP arena to access broader rewards or tackle weekly events that themselves have PvE and PvP variants on rotation. 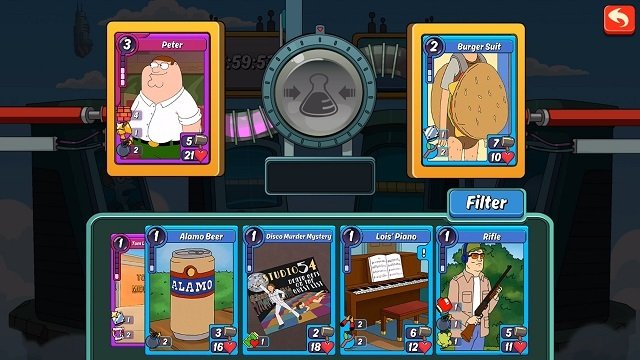 While unlikely to replace the more hardcore card collecting games out there Animation Throwdown: The Quest for Cards has proven to hold up against the test of time due to its humour, lengthy campaign and simple to grasp gameplay that is great for a casual experience. A fan of any of the 5 TV universes is also highly likely to get an extra laugh from the adventure as well.

Games Finder is a Steam Curator and featured in the aggregate review scores data of MobyGames and Neoseeker.
FEATURED ON
Games Like Deck Heroes, Games Like Hearthstone, Games Like Magic The Gathering
LEAVE A REPLY Cancel Reply

Animation Throwdown: The Quest for Cards