Another World (or Out of This World in North America) was originally released in 1991 and is considered a classic in the platform and adventure genre for its innovation in cinematic effects on release. Since this original release the game has been brought to countless other platforms as a 20th anniversary edition that allows newcomers and original fans alike to once again step into the mysterious other world. 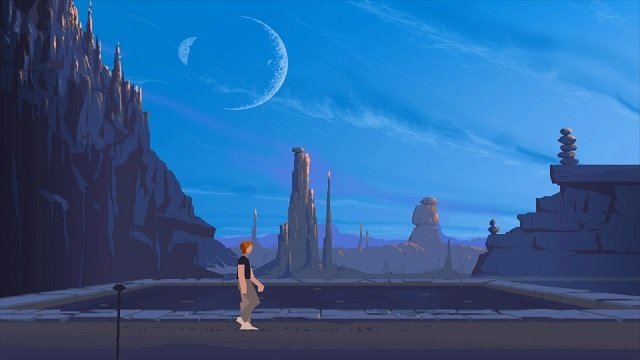 In Another World players are Lester Knight Chaykin who is a young and widely regarded physicist for his research to date. Joining Lester in his high tech laboratory as he attempts to recreate the moment that the entire universe was created by using his own particle accelerator you’ll stumble into an experiment accident that kicks off your adventure. Just before he can finish the experiment the lab is struck by a powerful lightning strike which creates a portal of time and space that transports players to a distant alien planet.

It is on this alien planet that players encounter a variety of dangerous wildlife and are eventually captured by a human like species and placed in prison. With the help of an alien known only as Buddy the player escapes but staying out of the hands of your alien captives requires you to complete a wide range of puzzles and constantly stay one step ahead of their chase. 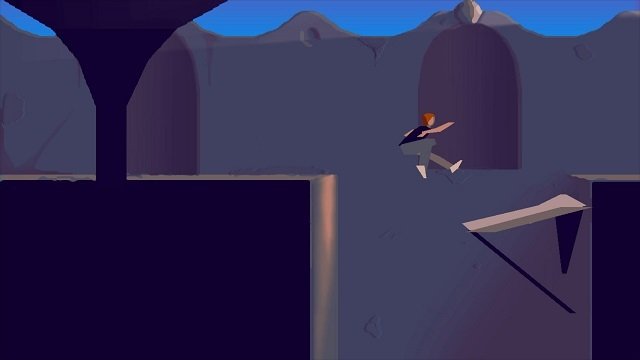 Platform elements are at the core of Another World with players able to direct Lester’s movement, jumping and attacks which have seen some enhancements from the original game although still fairly basic compared to modern day titles. Players can also interact with the environment and objects that they come across during their adventure as you solve how to progress.

For most of the game players are unarmed but eventually gain access to a laser pistol which helps to enhance puzzle variety. Neither the player or your ally Buddy that joins you from beginning to end can sustain any damage in each of the Another World levels otherwise you will be loaded at the previous checkpoint to attempt the game section again. With three difficulties included and one that is easier than the original release you can choose the challenge that feels right for you. 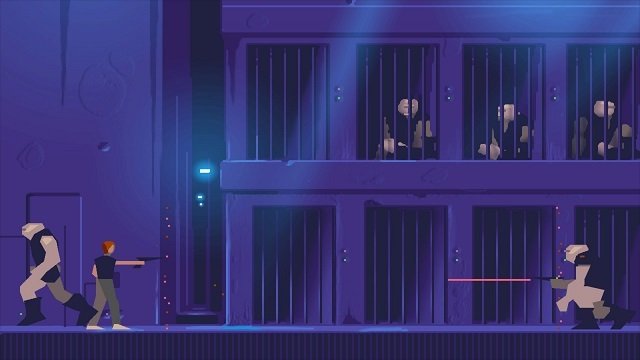 Another World is truly a classic in the genre and its innovation in a number of areas are likely the indirect inspiration for games elements that you see today in modern days. While it lacks significant gameplay it’s still a worthy journey into this classic world from another planet.

Games Finder is a Steam Curator and featured in the aggregate review scores data of MobyGames and Neoseeker.
FEATURED ON
Games Like Inside, Games Like Limbo, Games Like Machinarium
LEAVE A REPLY Cancel Reply