Explore a world under the sea in Aquaria a video game that draws from the Metroid series for mechanic inspiration while adding in various story elements, crafting and plenty of hidden treasures littered across the underwater game map.

In Aquaria players will follow the mermaid woman known as Naija and her exploration of the vast underwater world which sees her discover things about herself and the history of the underwater domain. Uncovering these details is vitally important to Naija as she has recently lost her memories and seeking to understand her own existence. 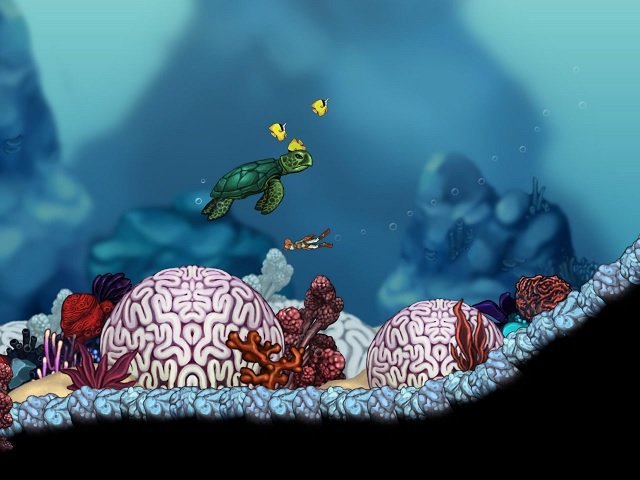 Following along with each discovery is a future Naija who narrates your key actions as if recounting the tale of her adventure to someone else. On top of this narration Aquaria works in a number of cutscenes and flashbacks to help restore your memories one droplet at a time. Most notably as part of this adventure players are not forced to experience these in sequence providing some flexibility to your progression and ultimately aiding that sense of discovery that Aquaria is trying to invoke.

Accordingly gameplay itself is heavily focused on exploration of the underwater world and it’s various cave formations. Littered throughout the various paths are additional hidden treasures that may require players to return later on once an appropriate tool has been obtained as they are often hidden behind environmental puzzles, combat or even crafting. 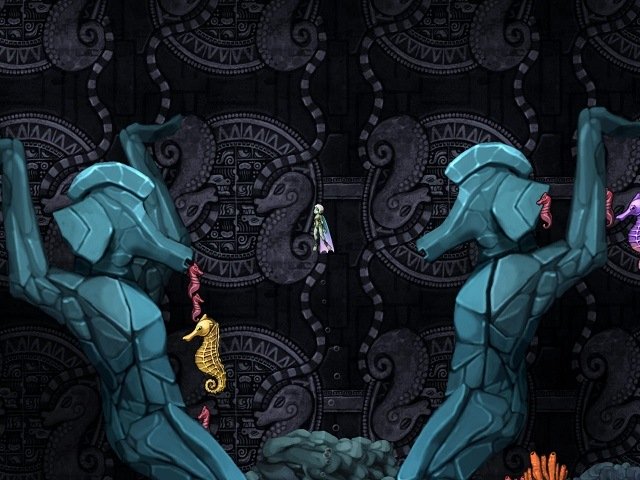 As a mermaid like creature Naija excels at being manoeuvrable in the water with the ability to propel herself forward at great speed and breathe freely underwater without restrictions on time. This control is intended to be achieved primarily through the mouse which is unfortunately quite awkward but can be changed to keyboard and controllers although they still don’t ever feel quite right and hurts what should be a fluid control system given your environment.

Movement is keenly vital to your survival as well in Aquaria and thus can cause some frustration as you attempt to dodge out the way of hostile plant or animal life that you encounter on your memory collection journey. Not limited to just dodging enemies Naija does have the ability to cast songs that create attacks or other abilities such as moving through walls or firing projectiles by changing Naija’s form which grants unique abilities although she losses the ability to sing. Visual only customisation is also included with costumes unlocked at various waypoints allowing for a style change. 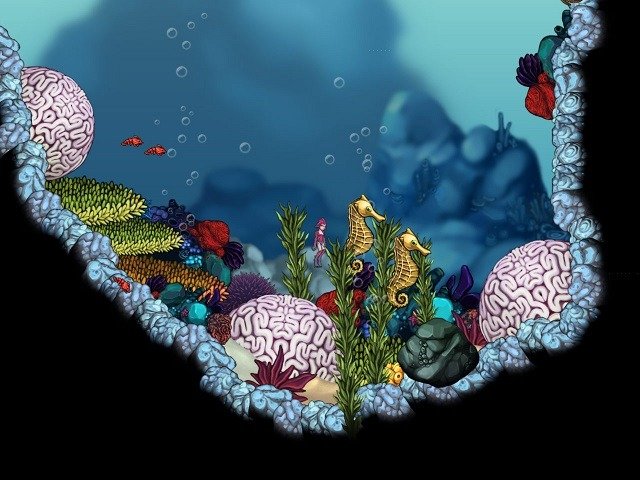 Mistakes in combat can quickly compound in Aquaria to lost health although is generally easy to replenish from food that you find on the ocean floor outside of a few long stretches that are intended to up the difficultly for short periods of time. Alternatively, these resources can be mixed together to create potent recipes for enhanced combat abilities which provides the resource collecting and crafting mechanics.

Touching or being hit with projectiles from these hostile ones will result in lost health which can be replenished with food collected from the ocean floor. These items can also enhance your combat abilities by mixing together items for more potent recipes giving the game a resource farming and crafting element to the game and build on the otherwise Metroidvania game style.