Relive the feeling of the original Fallout games but in a fantasy setting with Arcanum: Of Steamworks and Magick Obscura. Not only does the game have an extremely obscure name its development team contained some of the brains that created Fallout. 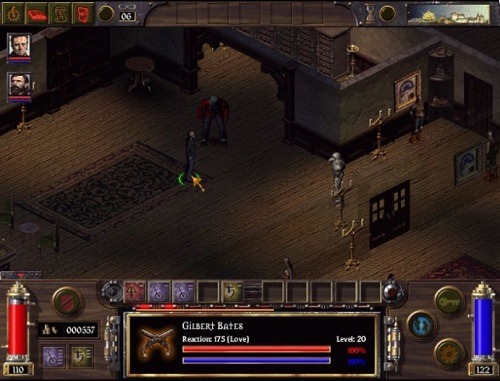 In the game players will have the opportunity to explore the fantasy world of Arcanum which is going through its own industrial revolution, creating a void between technology and magic. Many of the worlds inhabitants are accepting technology for its efficiency but there are still many races in the game world that do not want to move away from their magical ways.

After a crash of the IFS Zephyr zeppelin players seek answers to an accident of which they were the sole survivor. This journey is very non-linear and allows players to open or completely close of different story paths based on their actions alone. Nearly every single quest in the game has several ways of completing it so there is plenty of freedom given to the player.

As the game uses a fantasy setting players can expect to run into all sorts of creatures including elves, ogres, dwarves, orcs and of course humans. Nearly all of these races are available to players as playable options and there are even several hybrid races available. 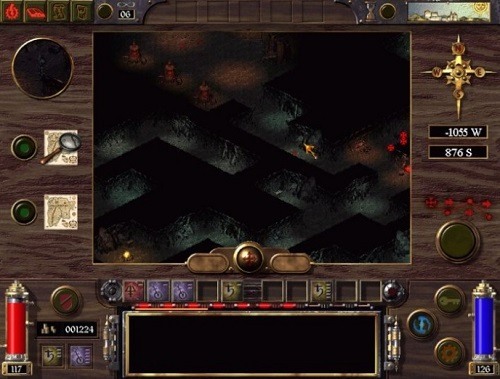 In terms of gameplay Arcanum: Of Steamworks and Magick Obscura plays out like most other role playing games with players levelling up their character by completing quests and engaging in combat. Combat can come in many forms with players able to do it in real time and turn based or a mixture of the two. Players are also be able to find followers to aid them on their journey and equip a variety of items with their own properties.

Arcanum: Of Steamworks and Magick Obscura has a great Fallout feel to its gameplay that is perfect for fans of the original and classic Fallout games.

Games Finder is a Steam Curator and featured in the aggregate review scores data of MobyGames and Neoseeker.
FEATURED ON
Games Like Baldur's Gate, Games Like Fallout, Games Like Wasteland 2
1 COMMENTS
LEAVE A REPLY Cancel Reply

Arcanum: Of Steamworks and Magick Obscura