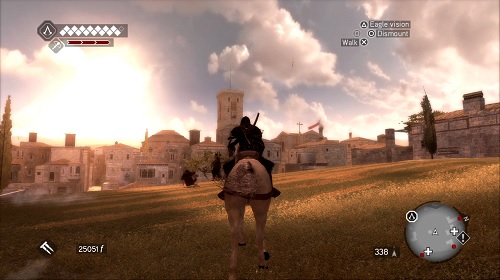 In Assassin’s Creed: Brotherhood players will again be living out the memories of Ezio Auditore da Firenze in Italy thanks to the power of the Anumus machine. The game is the second part in a three game trilogy involving Ezio and his struggle to fight the Templar order and revive the Assassin order.

Rome is the main setting for Assassin’s Creed: Brotherhood which has fallen into ruin by the corrupt Borgia family. Players also have more freedom to leave the Anumus which opens up the opportunity to explore the modern town of Monteriggioni as Desmond Miles

Just like the other games in the popular Assassin’s Creed series the games emphasis is split between free roaming, direct combat and stealth. On top of the main story adventure players can also expect an impressive number of side missions to add another layer of depth to the game world.

New to the series is the brotherhood aspect that has players recruiting members to their cause as they destroy areas of Borgia control and liberate unhappy citizens. These citizens can then become novices in the Assassin order and be sent on missions on your behalf. As they complete these missions they’ll level up and allow players to customise their skills, weapons and appearance. 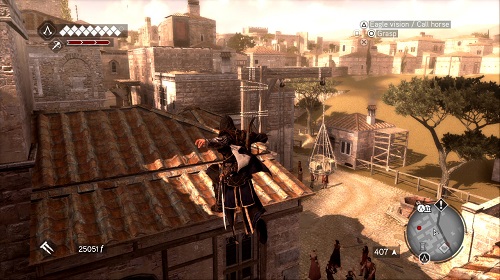 If you decide you need some help in a particularly tough mission you can then call on your brotherhood team to assist you. However, if they die they will not return so be sure to train them well (or don’t get overly attached).

Since the game is a direct continuation of the second game its strongly recommended to have played through Assassin’s Creed II before adventuring into Assassin’s Creed: Brotherhood.