Assassin’s Creed II continues the historical based action adventure series and sends players into 15th century Italy. The game features the same large open worlds and focus on stealth as the original game. 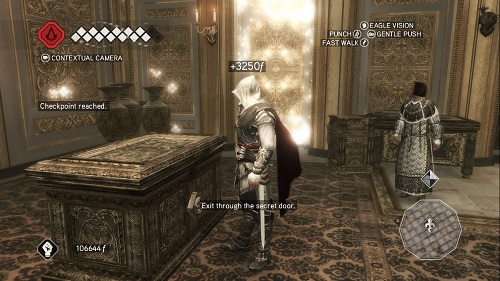 Players will again take control of Desmond Miles as he enters the new and improved Animus 2.0 that lets him relive genetic memories. This time around players will be experiencing the memories of nobleman living in Italy during the Renaissance period. This nobleman (Ezio) decides to turn into an assassin in order to avenge his brothers and father. Game locations include San Gimingnano, Forli, Venice and Florence which players can freely roam.

Assassin’s Creed II boats an impressive mission count of over 200 which are roughly equally split between story missions and side quests. Quests are a lot more dynamic than the original as well with missions transforming and changing while the player attempts them.

In Assassin’s Creed II players will even get to interact with Leonardo Da Vinci who will build weapons for the player based on blueprints that the player can find. These speciality Da Vinci weapons are extremely powerful and unique which can alter gameplay significantly based on the players preferred weapon.

Combat has received plenty of attention with the sequel and has much more complexity to it. Not only are there now multiple enemy types to contend with players also have more attack and counter attack options to learn and master. 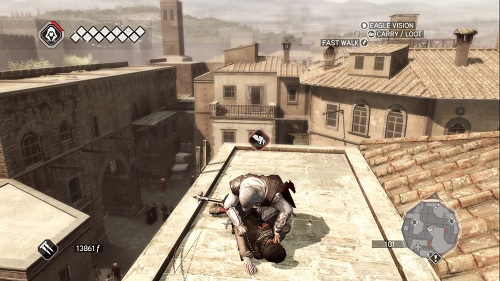 For those that prefer to rely on stealth though there are still plenty of options including a large number of new methods. Blending is now much easier than the original and there are more options for player to use to break sight.