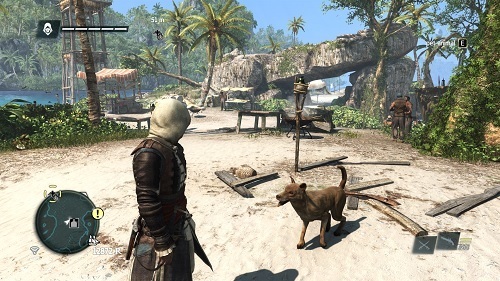 In this Assassin’s Creed game players will be reliving the memories of Edward Kenway, a pirate in the Caribbean during the 18th century that eventually becomes part of the Assassin Order. During their adventure the player will get to encounter many real life pirates of the day including Blackbeard.

Gameplay in Black Flag offers plenty of variety with open world exploration by ship combining with land and sea battles across the Caribbean islands. There are three main cities in the game which are under either a British, Spanish or pirate influence.

The game has definitely returned to its roots with a larger focus on the open world. Some other elements from previous games in the series also make a return like the hunting aspect introduced in Assassin’s Creed III which has been expanded to include water hunting with a harpoon.

Since the locations are spread over a number of islands it was easy to include a large variety of environments into the game. This includes jungles, villagers, forts and plenty of beaches. As you progress through the game players will have also have the opportunity to upgrade their ship the Jackdaw. This upgradeable ship is combined with a crew recruitment system that players will recognise from Assassin’s Creed: Brotherhood allowing them to create their own crew to fill their ship. 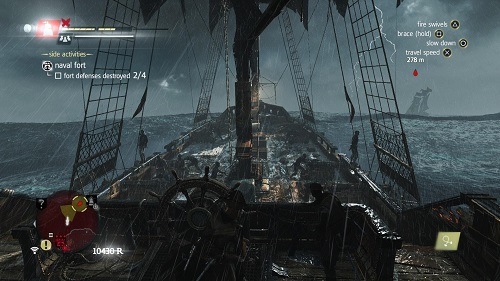 On the flip-side of gameplay players will also be performing pirate like acts in the modern day as they hack their way through the Abstergo data to uncover various secrets.

The Assassin’s Creed series just continues to release impressive games and the introduction of sea really gives a breath of fresh air to the series.

This review was first published on September 2, 2014. Read our update policy to learn more.