Giving birth to a long running franchise the original Assassin’s Creed provides players a high quality stealth focused open world adventure which continues to serve as the foundation of the franchise in the modern day. Launching in 2007 the franchise has now expanded to over a dozen core game and spin-off titles with an almost yearly release cycle.

This original Assassin’s Creed takes players fare into the past as they find themselves in the depths of the Holy Land during the time of the Crusades (approximately 1190s). Following the battle between the Knights Templar and a secret group of assassins as these factions fight for control of an important ancient artefact known only as the Apple of Eden. With many twists and turns to the plot the first Assassin’s Creed is not for the faint-hearted adventurer. 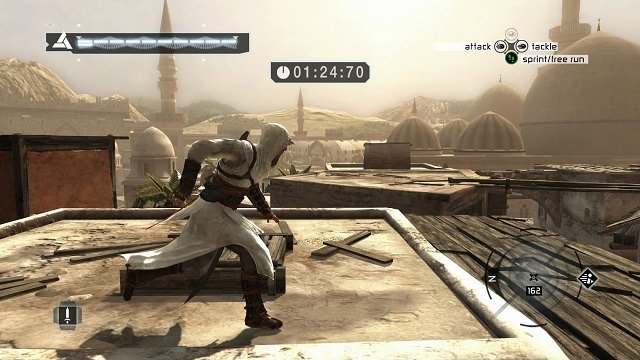 Uniquely players aren’t actually in involved in the Crusades directly though and instead are replaying the memories through the Animus experiment which draws memory out from your DNA and has predominately remained a consistent feature of the broader franchise. Taken against your will players assume the role of Desmond Mikes who is kidnapped and forced to participate in the Animus experiment due to his descendance from key historical characters that make his DNA extremely valuable in uncovering the truth of the past.

This past sees your DNA memories exploring the life of Altair, a high ranking assassin who falls from grace after a botched assassination attempt and has him scrambling to regain rank and honour by assassinating 9 individuals at the request of his superior. With all 9 of these targets belonging to the secret Templar Order none of these are a simple task and also drags the player deeper into the underlying plot and in time back into the present day. 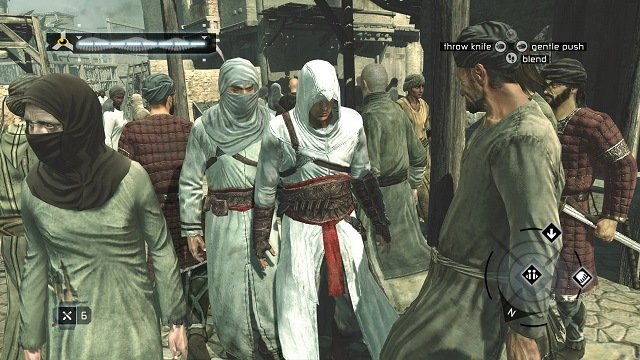 These assassinations take place across 3 different cities (Jerusalem, Acre and Damascus) which have a mix of familiar and unique environments for players to explore during their assassination attempts. Opting for a highly stealth based experience which has slowly waned as the Assassin’s Creed franchise has progressed players in this original game will select the order of their targets and conduct significant recon missions on them to ensure success. While a number of these are directly related to your eventual target Altair may offer his services to others in exchange for information to start your pathfinding.

While these 9 assassinations in your chosen order are your ultimate goal players also have the option to take on a wide variety of non-related side missions in the open world which help build out the game world as living and breathing cities. 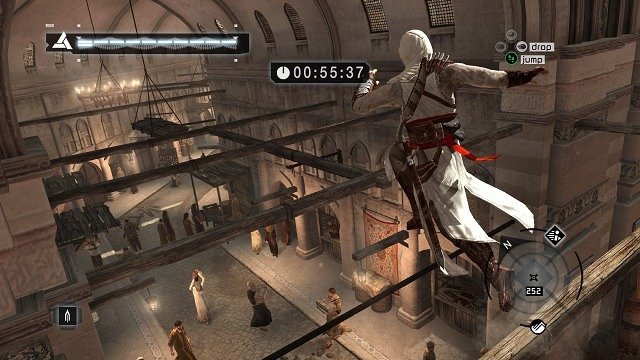 Regardless of where you invest your time though Assassin’s Creed focuses in on stealth gameplay with players encouraged to conceal their presence by taking actions that don’t cause alarm. If players do attract unwanted attention from guards by killing, running or climbing buildings then they can rely on their fighting skills to stay alive until an opportunity to reset your attention presents itself. In the original Assassin’s Creed players have options including their fists, a hidden blade, throwing knives, a short blade and a sword which all are focused on counter attacks and combos.