Astrox: Hostile Space Excavation sees you exiled deep into the mining sector of the galaxy with a simple ship and small mining beam with a dream of building up your galactic wealth. With this goal in mind players will start their humble existence as they scratch out a living from the mining region before saving funds up upgrade their ship to move to more profitable adventures such as pirate hunting. 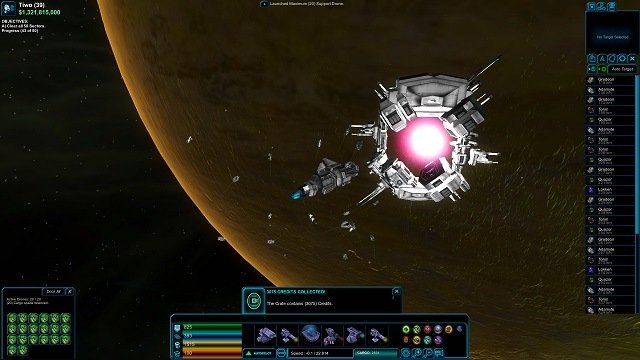 While the formula for Astrox: Hostile Space Excavation has been done before in various open world space titles Astrox somehow manages to take the simple core mechanics and fashion them into an addicting space adventure. Primarily this is done through a well balanced progression curve where your actions have appropriate risk and reward with every jump in progress an achievement. Secondly, Astrox also has the benefit of extremely low system requirements to make it playable on even the oldest of machines which is a worthy accomplishment for games with open world freedom elements and somehow this is all achieved without too much loss in visual appearance.

While you’ll start your adventure in Astrox: Hostile Space Excavation with a small amount of customisation via name and avatar options the majority of customisation is instead saved for the universe you’re about to spawn into. This is delivered through the various galaxy parameters that allow you to tweak the difficultly for second and third playthroughs with ease. Options  include items such as the number of star systems, asteroid rarity, starting ship and space stations. 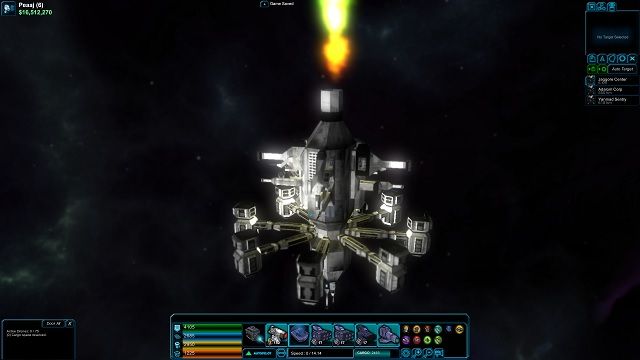 With your settings selected you’ll spawn into your own universe as you hunt down asteroid belts to mine for precious resources while also collecting the odd bounty for a pirate kill or hauling goods as a trader. After a few trips back and forth you’ll have the credits to upgrade your simple little mining vehicle with limited combat capabilities to more powerful ships and thus increase your storage space and pirate hunting capacity before repeating the cycle again.

While it sounds simplistic on paper Astrox: Hostile Space Excavation is anything but when you start looking at the variety in this respective game quadrants. Be it the 7 different types of asteroids, 15 unique pirates, 33 unique ships or 144 ship modules you’ll find plenty of choice in your progression pathway. All of these mechanics also work alongside the skill system which turns your game time into tangible increases in things like fuel efficiency and weapon damage while providing an alternative to raw monetary gains. 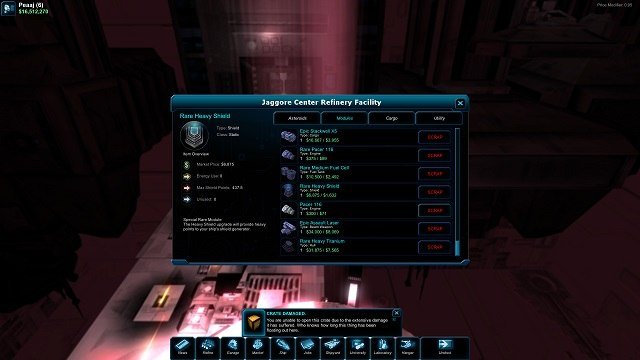 Despite it’s simple on the surface appearance Astrox: Hostile Space Excavation is a vast galaxy of content waiting to be explored, profited from and fought over.

Games Finder is a Steam Curator and featured in the aggregate review scores data of MobyGames and Neoseeker.
FEATURED ON
Games Like Elite Dangerous, Games Like Freelancer, Games Like Homeworld, Games Like Star Citizen
LEAVE A REPLY Cancel Reply