Mixing the turn based and MOBA genre together is Atlas Reactor, creating an interesting player vs player experience. With a host of characters and various controls over the victory conditions of each match you’ve got a wealth of choice built right into Atlas Reactor. 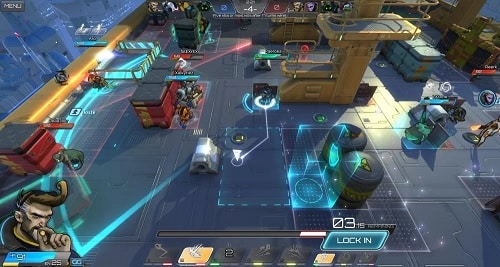 These heroes are referred to as freelancers who fall into all the usual archetypes from supports to high damage dealers and the all important tanks. Games range from 2v2 to 6v6 which can alter just how chaotic the game will be. As is typical for a champion driven game each comes with 5 abilities with further customisation facilitated through a mod system which lets you alter each of your characters skills slightly and thus keep your opponent guessing as to how you’ve modified the standard abilities.

During each turn players have a set period of time (usually 20-30 seconds depending on the game setting) to activate their skills or move along the grid based map. Once all decisions are input the game plays them out in 4 very distinct phases; prep, dash, blast and move.

During the prep phase any traps, buffs or debuffs are cast, after which any skill dashes are performed. Next is the blast phase were attacks take place and ends in the movement phase where characters move based on your instructions to a new area on the map. While difficult to picture it quickly becomes instinct after your first match or two. 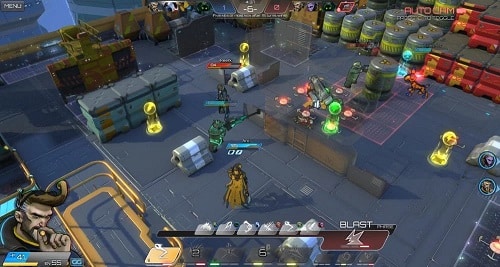 Because of the order of these game phases and the simultaneous nature of actions Atlas Reactor becomes very much a game about anticipating your enemy movements and understanding the cooldown of their abilities and when they are open to devastating attacks.

Moving away from the twitch and reaction based skills required for similar games Atlas Reactor will attract those that appreciate the depth of MOBAs but can’t keep up the quick skills required.

Games Finder is a Steam Curator and featured in the aggregate review scores data of MobyGames and Neoseeker.
FEATURED ON
Games Like Dota, Games Like League of Legends, Games Like XCOM
LEAVE A REPLY Cancel Reply