Audiosurf is a puzzle and rhythm experience that lets you surf your own music by creating a track based on your favourite songs. Visualise your music in a way you never have expired before while competing against other players to achieve the highest score possible. 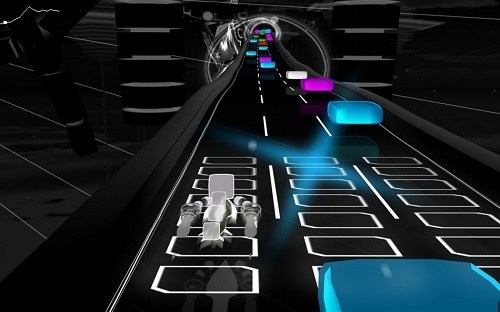 Released in 2008 Audiosurf creates a track for players to race on based on the music that they select. From steep declines to steady rises and gentle flat rides your music collection will dictate the experience that you have in Audiosurf while allowing you to compare your best scores to other users with similar musical tastes.

Gameplay puts you in control of a levitating vehicle on a multi-lane game track that will rise, fall and plateau based on the music you’ve selected. Along this track a number of coloured blocks will appear in time with the beat and rhythm of music that players must collect to maximise their point score. Just collecting every single block though won’t be efficient as players have to focus on forming clusters of 3 or more blocks that belong to the same colour.

With 3 difficultly levels and 14 available characters that interact with the game track in their own unique way there is lots of replay value and challenge available in Audiosurf that will keep you loading up your favourite songs and going for a ride. 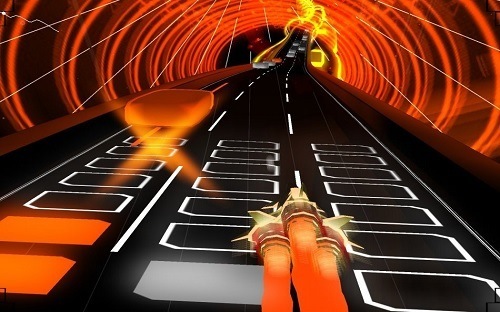 For the casual minded the Mono category of characters is the perfect way to simply enjoy the musical ride as all blocks will revert to two colours (coloured and grey) with players having to dodge all grey blocks for a massive 30% score boost. Other notable character classes include double vision that let you play with a friend (or attempt to control two cars at once), the pointman that can store blocks for later use and vegas that adds an element of randomisation into the mix.

Audiosurf is definitely one of the more unique games around and offers a great way to relax and have some fun while listening to your favourite tunes. The game thrives on the leaderboards though and if you aren’t one for competition you’ll find limited incentive to play over the long term.