Crawl around the dark dungeons of Avernum: Escape from the Pit as you explore a game that focuses on story elements while also delivering a tough classic RPG. Explore the world in real time while engaging in tactical turn based combat which provides the best of both worlds through quick world movement while retaining the careful consideration of turn based combat that let you take on great foes with care and precision actions. 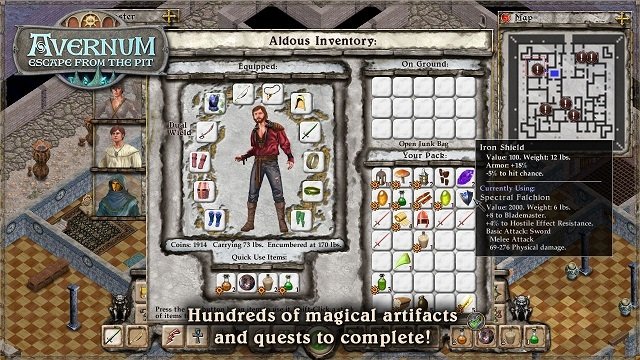 Avernum: Escape from the Pit uses the same setting as previous Avernum games but is still welcoming to first timers although you’ll miss out on some of the niche references along the way. The key area you’ll explore is the subterranean zone ruled over by the Empire, a powerful government regime who oversees the are and rules harshly over the populace.

Speak out against the Empire and you’ll be thrown into Avernum where a life of imprisonment and harsh living awaits that few survive for long let alone return to civilisation. This is your crime in Avernum: Escape from the Pit with players having spoken out against the Empire’s iron hand and with no appeal process players are quickly shuffled into an Avernum portal after less than a day of the acquisition. 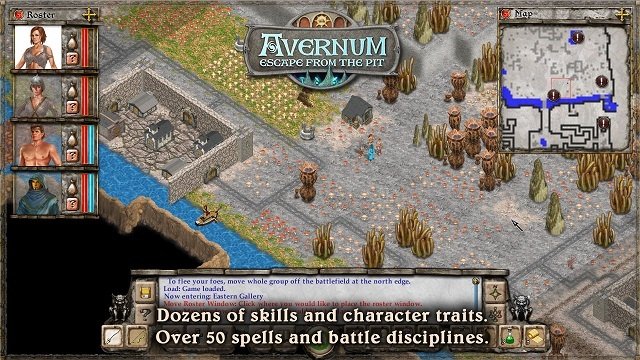 Once landed on this world your ultimate goal is to escape this place of despair that is filled with monsters and prisoners sent here and not expected to survive. Along the way players discover that while some of the rumours about what lay beneath are true there is also a thriving nation ready for complete upheaval against the Empire.

Gameplay is mostly linear which is the price you pay for a game with such deep story as it provides the necessary structure to deeply explore the lore, characters and larger game world. That isn’t to say you don’t have options in each situation with a choice driven dialogue tree to give your own view but generally all roads lead into one. The world of Avernum: Escape from the Pit is also quite expansive with plenty of quests and areas to explore but as a dungeon crawler this is less than comparable completely open games as the setting itself establishes clear borders. 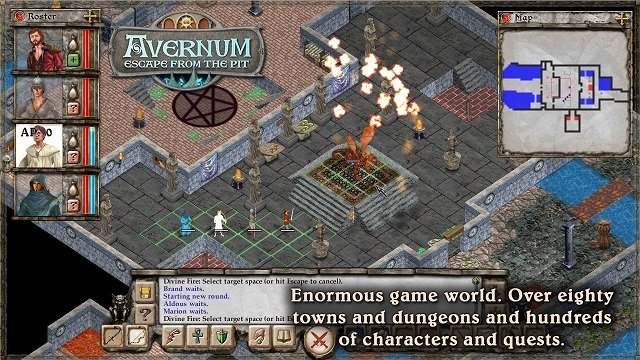 Avernum: Escape from the Pit is not a lone adventure through these dungeons though with party orientated gameplay with a four party system. Players can either use the default balanced setup or be mixed and match with your own selection of classes to suit your style and a good method for the advanced player to replay the story and try something new. Characters can of course  e trained in a mix of skills which can be combined with spells and equipment to create your ideal individual character and in turn broader party strategy.

Games Finder is a Steam Curator and featured in the aggregate review scores data of MobyGames and Neoseeker.
FEATURED ON
Games Like Wasteland 2
LEAVE A REPLY Cancel Reply

Avernum: Escape from the Pit