Awesomenauts offers a fun 2D multiplayer online battle arena (MOBA) experience that is available across multiple platforms while offering one of the few in the genre to support local offline split screen gameplay. Awesomenauts was developed by Ronimo Games and was originally released for the Xbox 360 and PlayStation 3 with a subsequent PC and Mac release while eventually going free to play in 2017 on Steam. 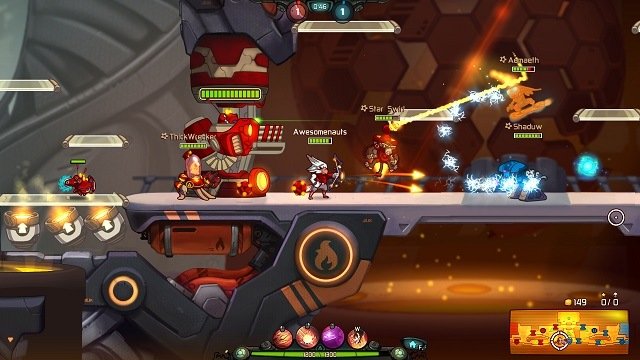 Awesomenauts takes place in the distant future (3587) and has players taking on the role of mercenaries in a never ending battle between the longest running feud in gaming the colours of red and blue. Like many in the genre this underlying lore to the universe offers some context to of your battles although is likely to be skipped past by many who opt to dive right into the MOBA action gameplay.

Opting for a smaller scale MOBA experience Awesomenauts focuses on the 3v3 combat with side scrolling mechanics supporting the 2D visual design. This simplistic approach to the genre continues with a simple control scheme that makes Awesomenauts more accessible for newcomers to the genre who are seeking something more casual than the major eSports driven MOBA titles on the market. This design philosophy also makes it a suitable candidate for consoles which is generally a platform that has been avoided or forgotten by the MOBA genre. 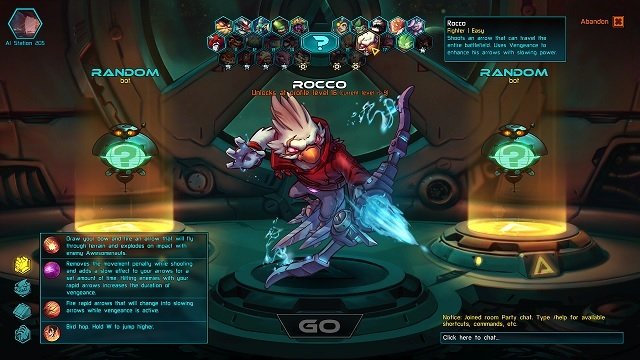 One game element that doesn’t adhere to the trimmed down philosophy entirely though and we are thankful for is the available character list which just over a dozen ensuring matches are varied by offering a few characters in each role be it support, assassin, tank or brawler. There are also some one off character types though such as the defensive Gnaw or Raelynn sniper or Sheriff Lonestar the pusher who all have their own health, speed, attack type and general game role with some minor differences between platforms.

Building on these diverse character types further Awesomenauts allows players to select which skill upgrades will be purchasable within the match shop which allows for players to alter the style of particular characters. Like most MOBA inspired titles this is where you’ll find the bulk of gameplay diversity, strategy and challenge along with the individual macro movement decisions that you take in a match. 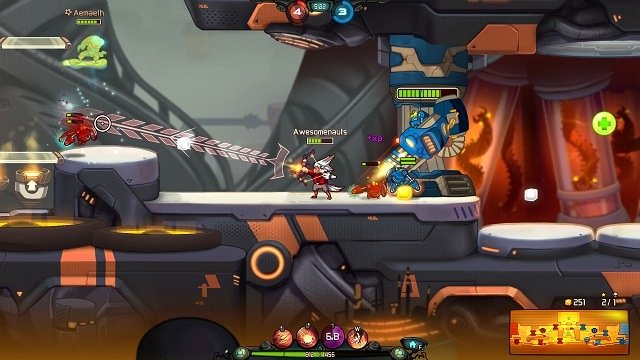 Your experience in Awesomenauts though is likely to be heavily dictated by the friends around you though either through the online gameplay or the available offline split screen gameplay due to the dwindling community numbers that generally hovers around the low hundreds although likely to accelerate its decline after active development being stopped in late 2019.