Baldur’s Gate takes place in a fantasy setting and is one of the many role playing games developed by BioWare. Released back in 1998 the game saw new life in 2012 when an Enhanced Edition of the game was released. 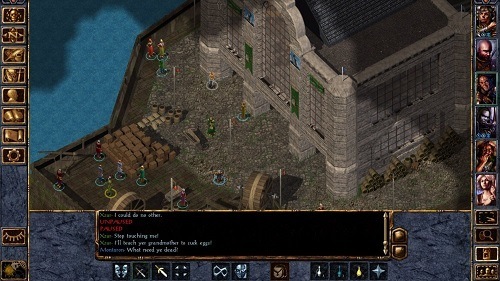 In the game players will explore a world of cities, ruins, forests, mountains and dungeons. Along the way you’ll discover the past of your own character while also investigating the origins of a sinister plot. This story is mostly told through the use of journals and dialogue but the hundred or so side quests also help to develop the lore of the game world and its inhabitants.

To add to the realism the game uses a day and night cycle that changes the game world by shutting the shops during the night hours and increasing the chance of enemy encounters.

Baldur’s Gate is played from a top-down perspective that is common to the genre and uses a real time combat system although players are free to pause the game and even set automatic pause points in combat, allowing you to make strategic decisions.

Character depth is a large focus of the game with players able to recruit up to six party members throughout their journey. Each of these characters has their own class, abilities, skills and race offering plenty of options for players to mix and match in order to create their ultimate balanced fighting force. 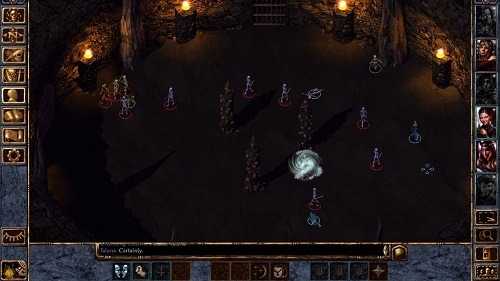 Your starting character and the party you create during your adventure will slowly grow with experience and new equipment that you find on your travels adding a whole other layer to customisation and providing a somewhat of a loot hunt as you try to equip all your characters with the best equipment.

If you are a fan of the party based RPG but haven’t played Baldur’s Gate you’re missing out on what could be considered the godfather of the genre.

This review was first published on May 30, 2013. Read our update policy to learn more.