Bastion is a unique action role playing game developed by the small independent game company of Supergiant Games and released in 2011. Taking players to a colourful fantasy world where you’ll fight your way through a floating city landscape as the hero known as the Kid as your actions are narrated on your path through the aftermath of the Calamity event. 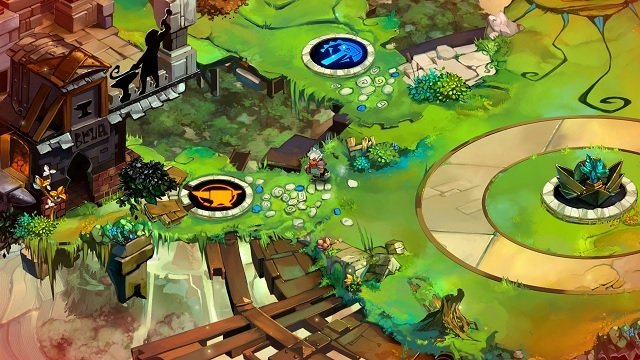 This Calamity event happens just prior to players stepping into the 2D isometric game world of Bastion and has resulted in the island city of Caelondia become a scattered mess of floating island pieces. This event has also left many of the inhabitants turned into ash while also causing potentially irreversible damage to the other once thriving life of the island. Waking up within these surroundings as the Kid you’ll travel to the Bastion where you meet the sole survive in the immediate area Rucks who dynamically narrates your adventure and instructs players to find the powered Cores of Caelondia that may be able to restore the floating island.

Moving through the collapsed landscape as the Kid through an isometric view you’ll find a world still full of colour, fantasy elements and a range of mechanical and monster enemies. In order to combat these players can bring up to two weapons with them with the ability to change your setup at specific locations. Altering your basic attack and special attacks these weapons offer a diverse list of combat options that can be improved further as you progress. 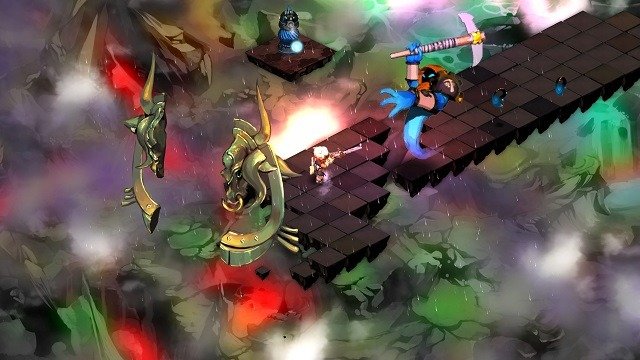 Weapons include the Cael Hammer, Fang Repeater, Breaker’s Bow, War Machete, Scrap Musket, Duelling Pistols, Brusher’s Pike, Army Carbine, Flame Bellows, Galleon Mortar, Calamity Cannon and Battering Ram that fill all sorts of familiar weapon archetypes. Each weapon can also have a major impact on your overall playstyle with the Cael Hammer for example dealing its best damage when the player isn’t moving and similarly the Fang Repeaters can only be fired while stationary. In comparison the Breaker’s Bow grows in power as you draw the bow string while the War Machete can also serve as a throwable weapon.

Balancing your limited special weapon attacks alongside your health pool is vital across each of the segregated levels of Bastion that bring you closer to your end goal. Within each level you’ll have a small goal though which is generally acquiring a shard or core while also obtaining additional fragments currency. These fragments provide the core upgrade mechanic where you’ll return to the Bastion in between levels where six different structures provide additional mechanics. 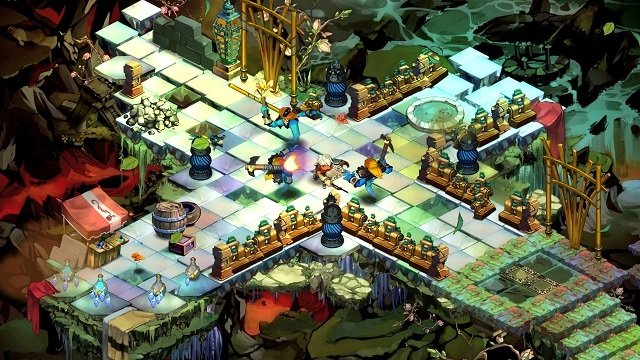 This includes the arsenal where weapons and associated skills are stored, the distillery that makes various spirits for passive bonuses, the forge for weapon upgrading, lost and found that serves as a merchant, the memorial that provides challenges for additional fragments and the shrine that lets you modify the game difficulty and the rewards you earn. From the Bastion players can also enter the proving grounds that offers a number of standalone challenges and a way to test different combinations of weapons to find the ideal fit for you.

Games Finder is a Steam Curator and featured in the aggregate review scores data of MobyGames and Neoseeker.
FEATURED ON
Games Like Diablo, Games Like Fate, Games Like The Binding of Isaac, Games Like Torchlight, Games Like Zelda
LEAVE A REPLY Cancel Reply