Arkham Asylum kicks off the Batman: Arkham Asylum story arc and was released in 2009 offering a blend of action, adventure and story as players control superhero Batman against his long time enemy, the Joker. With a focus on melee combat blended with stealth and gadget based action it’s a strong opening act to the Arkham Asylum experience which was further built upon over the years. 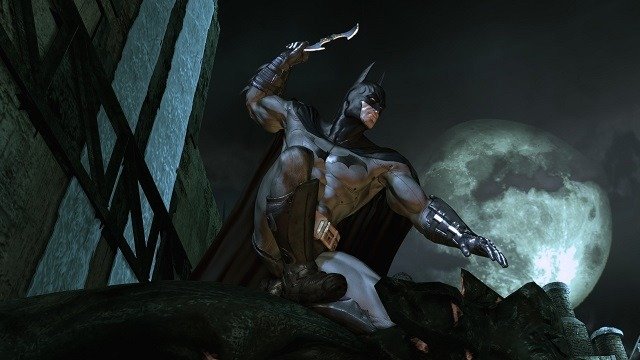 This founding story of the Arkham Asylum plot follows the Joker’s attempt to seize control of Arkham Asylum while entrapping Batman inside with his enemies of the past which are near endless and keen for revenge. Concurrently with this plan the Joker draws Batman in further with several bomb threats around Gotham City leaving Batman no choice but to enter the Asylum (a facility off the coast for the criminally insane) and deal with the Joker once and for all in roder to put an end to the madness he creates. Like any Batman media you can expect twists, turns and other familiar faces to get involved in the storyline with the opportunity to converse, fight and protect many of these through the core and side storylines.

In Batman: Arkham Asylum players can also expect the full suite of Batman’s abilities in stealth, combat, detective reasoning and his available gadgets to complete their mission and explore the Arkham and Gotham themed locations. 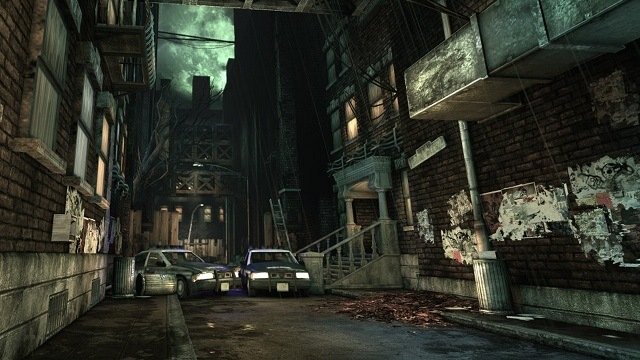 Gameplay in Batman: Arkham Asylum is played through a third person perspective and has players exploring Arkham Asylum in open world style although the early parts of the game are fairly linear and serve as the game tutorial. Batman has a number of gadgets at his disposal to assist with this exploration foundation which makes freely exploring the game world easy, fast and fluent. Most notably is the players ability to run, climb and even glide around which gives you an amazing experience and definitely captures the Batman feeling of navigating the environment. Gadgets aren’t limited to enhancing your movement (or discovering secret locations) though with plenty of combat gadgets that allow you to stun and dispatch enemies in creative ways.

These gadget options include the reliable Batarang that comes with various upgrades and variants in its own right, an explosive gel that is acquired early and a useful tool to destroy weakened walls of the facility, a Batclaw to move grates that impede your progression and the line launcher to traverse large distances with a personal zip cord. All of these gadgets along with your core combat skills are fully upgradeable to improve how deadly they are or their overall utility. 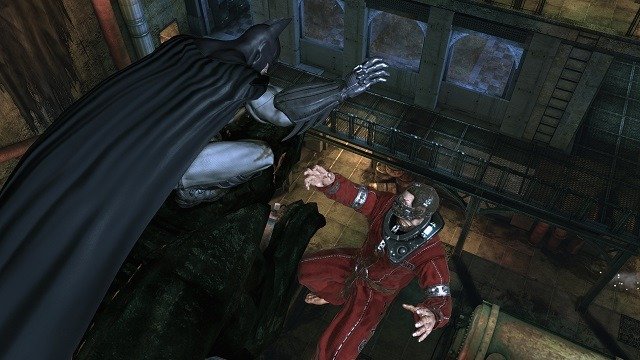 Just like the exploration elements of the game combat is designed on a similar free flow philosophy with players having three main options during melee engagements (stun, counter and attack). This allows players to create attack combos and quickly chain attacks between different enemies with enemy type also a key factor in how you approach that particular sequence. Both combat and exploration overlap with the detective vision mode which is designed to highlight important information and objects that can be interacted with that the player might miss otherwise and intended to capture the fact that Batman has a keen eye for his surroundings.