Battle Camp is one of the most detailed and in depth monster training and battle games currently available on mobile devices (both iOS and Android). Fans of the likes of Pokémon will feel right at home as you create your dream team to complete the lengthy quest driven storyline or create the ultimate PvP fighting force and rise through the rankings against other players in real time battles. Having been online since 2013 Battle Camp also demonstrates fantastic longevity and still receives regularly content game updates for the stable and active player base.

The sheer level of depth in Battle Camp across a range of mechanics ensures you’ll get hundreds of hours of monster themed gameplay as you mix, match, train, catch and battle over 1,2000 monsters in this monster capturing mobile MMO. It’s a number of monsters that has slowly creeped up with Battle Camp historically adding a hundred to several hundred new themed monsters each year and a trend that may continue for some time yet. 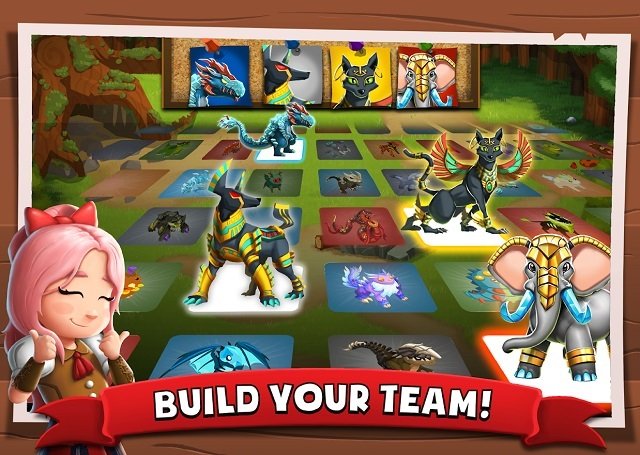 This diverse range of options though is just one important part of the Battle Camp experience with the core of the game being focused on engaging combat that blends Pokémon style battles with puzzle matching to keep every battle engaging and introduce an extra element of skill into the equation beyond team selection alone. This also creates opportunities for a skilled puzzle matcher to overcome tougher opponents in both the PvP and PvE aspects despite potentially having a strength disadvantage.

Unlike traditional basic matching games like Candy Crush that you might be most familiar with players are able to drag tiles around anywhere on the board. With this design Battle Camp opens up a broader range of strategy in the matching portion of the game and most notably by offering the ability to displace tiles and create multiple matches in a single turn for powerful attacks. 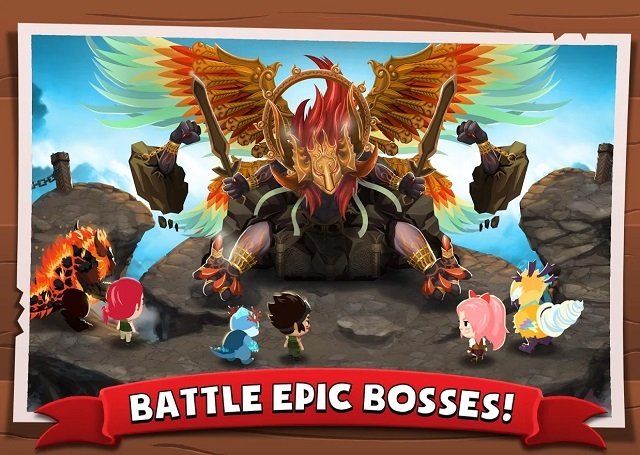 Tiles come in six different colours, one for each of the monster elements in the game (water, fire, leaf, wind and stone) and hearts which can heal your team. Strategy and forethought plays a key role in deciding which tiles to match and when with your matches dictating what monsters on your team attack. For example this could be matching 3 fire tiles which would cause any fire monsters in your party to attack. Additionally bonus damage is awarded where a match greater than 3 tiles is made for the diligent tile matcher.

This is just the surface level of strategy in Battle Camp though with players having to consider the elements in their team and the elements of their opponent to take advantage of any elemental weaknesses, while stacking a team full of fire sounds good on paper against a leaf based opponent the difficulties of having enough fire tiles to match to make attacks often make slightly skewed teams more favourable. 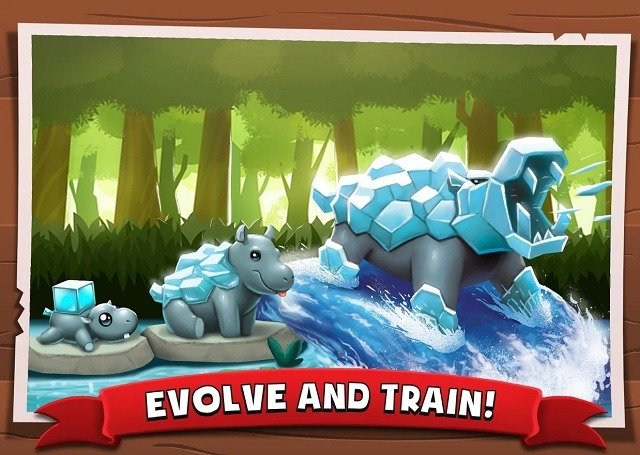 This starts with your team of 5 monsters which you can capture as you explore the large game world on offer while simultaneously training your team through battle. Each of them will level up individually through these fights or by feeding them to create a stronger team through evolution trees. Monsters also have a random zodiac sign assigned to them with bonuses for having a team with the same zodiac symbols to add another layer of depth for those that want to maximise their team bonuses.

Rounding out the Battle Camp experience players will find a competitive ladder to compete against others, badges to collect through the story campaign, plenty of side quests and the long overarching quest to catch and evolve all 1,200+ monsters.