Battle of Beasts attempts to create a unique combination as it mixes monster battling with city building as players design their own mythical realm and recruit monsters to battle it out in the campaign portion of the game or against other players. It’s a genre mix that has been attempted sparsely outside of a few mobile based games on the now shutdown ComPet leaving Battle of Beasts without significant competition. 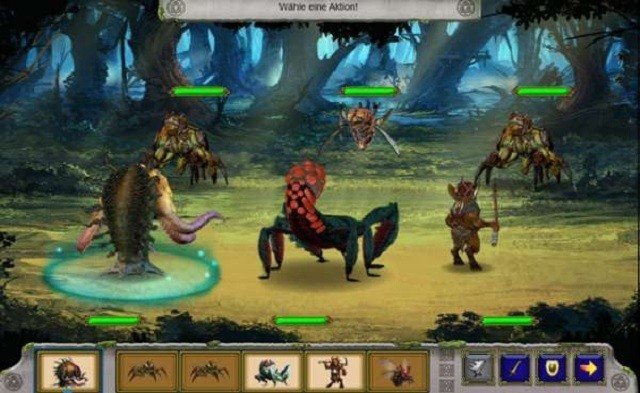 Like other Upjers games Battle of Beasts was designed as a browser experience (now only available on Windows and Linux through Upjers Home) and one of the more engaging titles to come from the studio in terms of gameplay depth and mechanics. In addition it also includes an eerie themed soundtrack, a range of appropriate sound effects and reasonably diverse graphics to bring your gruesome recruited creatures to life.

The foundation of your Battle of Beasts campaign is the building component of the game where players create habitats to recruit creatures. Starting with a simple imp as your first creature and a farm to generate food players will unlock all manner of strange dark creatures. All the while managing your supporting buildings such as farms to provide resources to keep your creatures in fighting shape and assist in level ups. 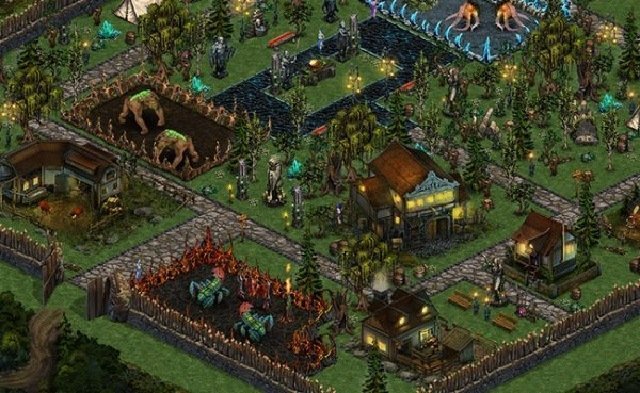 Each of these creatures is very unique having their own habitat requirements, stats and special attacks and preferred meal which gives Battle of Beasts a significant and ongoing management side to gameplay. This requires carefully balancing as you create a strong team of fighters while also satisfying their needs in your settlement in order to keep using them in battle effectively. 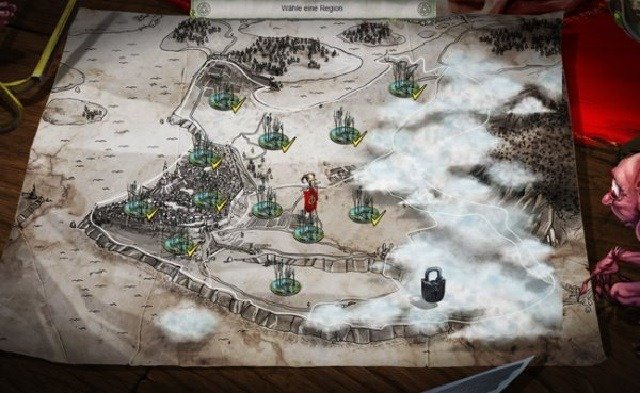 Much of this combat with your team of creatures takes place during the campaign mode which slowly puts you against more powerful enemies (in terms of level and numbers) with battles ranging from 1v1 to 3v3 encounters. Combat itself is turned based similar to the Pokémon franchise with players giving commands to their creatures to either use a basic attack or their special move on one of the opposing creatures. While there is some tactics at play here in that very poor strategies can lead to a defeat it is rare that a perfect strategy can overcome significant level disadvantage.

The interesting blend of creature combat and realm building elements turn out to be an addicting mix in Battle of Beasts. Upjers has also done a great job of avoiding the usual pitfalls of these games with a surprising amount of depth for those that want to dig beyond the surface of gameplay and very minimal wait times across the board.

This review was first published on December 13, 2014. Read our update policy to learn more.