Join the high seas in Battle Pirates a free to play real time strategy game that lets you command your fleet of upgraded ships in the open waters against player and computer opponents alike. With foundation of building and resource management to fuel your army players of both MMO strategy titles will find familiar feeling gameplay but with an extra layer of real time strategy control over your units. 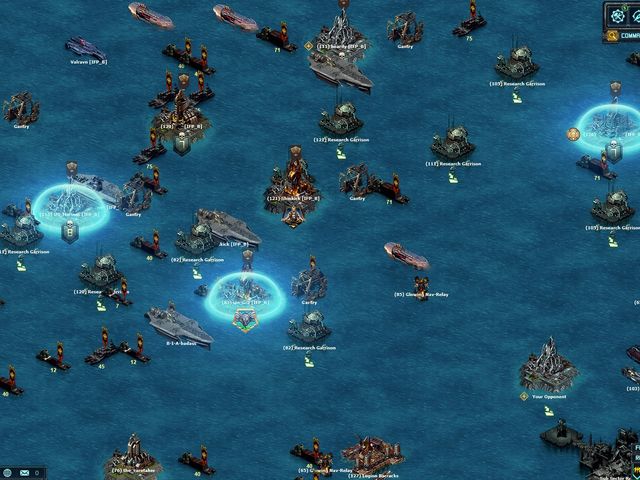 Battle Pirates pushes players far into the future with a setting of 2067 where the world has become covered in water from a series of terrorist attacks on the major world powers that in turn has crated the next world war for survival and resources. Like many games in the genre the war has reduced the factions down to 2 equally matched and determined sides known as Draconian and Forsaken who have their own associated lore although players are locked into supporting the efforts of the Forsaken faction.

In order to defend against the oppressive and evil Draconian players will need to establish their base of operations in the water which requires a healthy amount of resource generation and strategic planning. The heart of any base is of course the resource generation and Battle Pirates is no different in this regard with players needing to collect and manage resources of oil, energy, metal and zynthium that can be obtained form the various energy producing buildings and harvested by player interaction. In addition players will have to manage three additional resources of base parts, titanium and uranium which are earned from adventuring out into the open waters and locating deposits or destroying enemy depots of them. 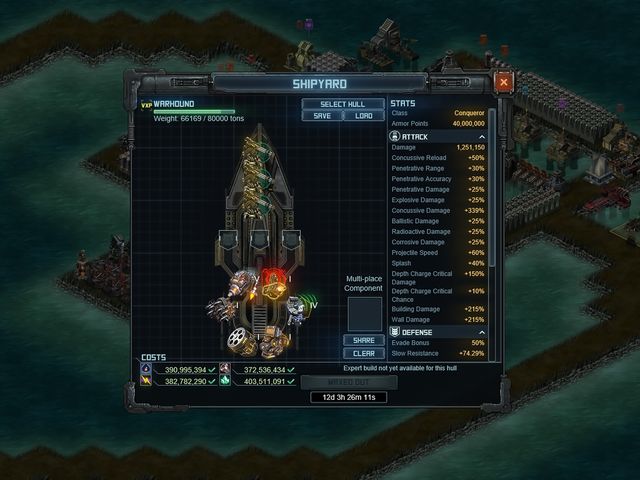 With resources accumulated players can begin to make use of the base planner features of Battle Pirates or reinvest them into extra technology and units to compound resource returns and push towards the late game. Much of your resources will be funnelled into the wealth of naval vessels that Battle Pirates has to offer with multiple tiers of assault, garrison, siege, skirmish and mega units for players to construct which come with a wealth of statistics across attack, defence, movement and detection. Choosing the correct option and mixing them as appropriate will ensure your best change at military success and is a central pillar to the strategic growth of Battle Pirates.

The designs of these water weapons in the foundry is one of the stand out aspects of Battle Pirates with fantastic modern and futuristic design blends to select from as you advance through the tier system. With a fleet established players can embark on the wider wet world of Battle Pirates where you’ll command your fleet against the Draconian Empire in PvE or attack another player base directly in PvP with both of which providing more resources and general progression. 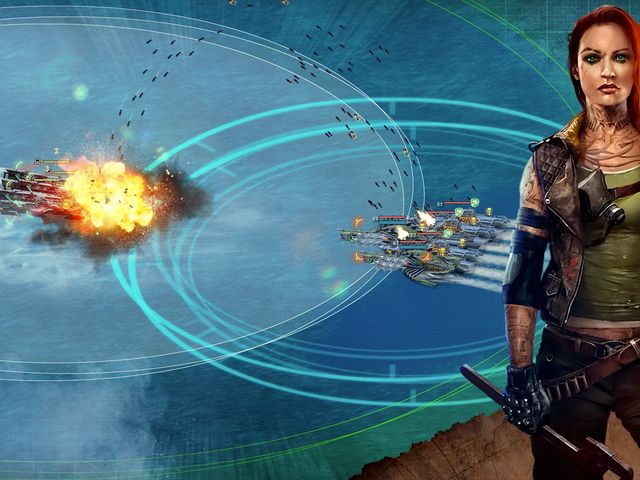 Overall Battle Pirates bring some interesting elements to the genre most notably the ability to command your fleet in real time and it’s dystopian water based world. The main negatives of this approach though are the lack of graphical finesse in this real time mode in comparison the otherwise high presentation values.

This review was first published on October 10, 2020. Read our update policy to learn more.

Games Finder is a Steam Curator and featured in the aggregate review scores data of MobyGames and Neoseeker.
FEATURED ON
Games Like Boom Beach, Games Like Forge of Empires, Games Like Goodgame Empire, Games Like OGame
LEAVE A REPLY Cancel Reply